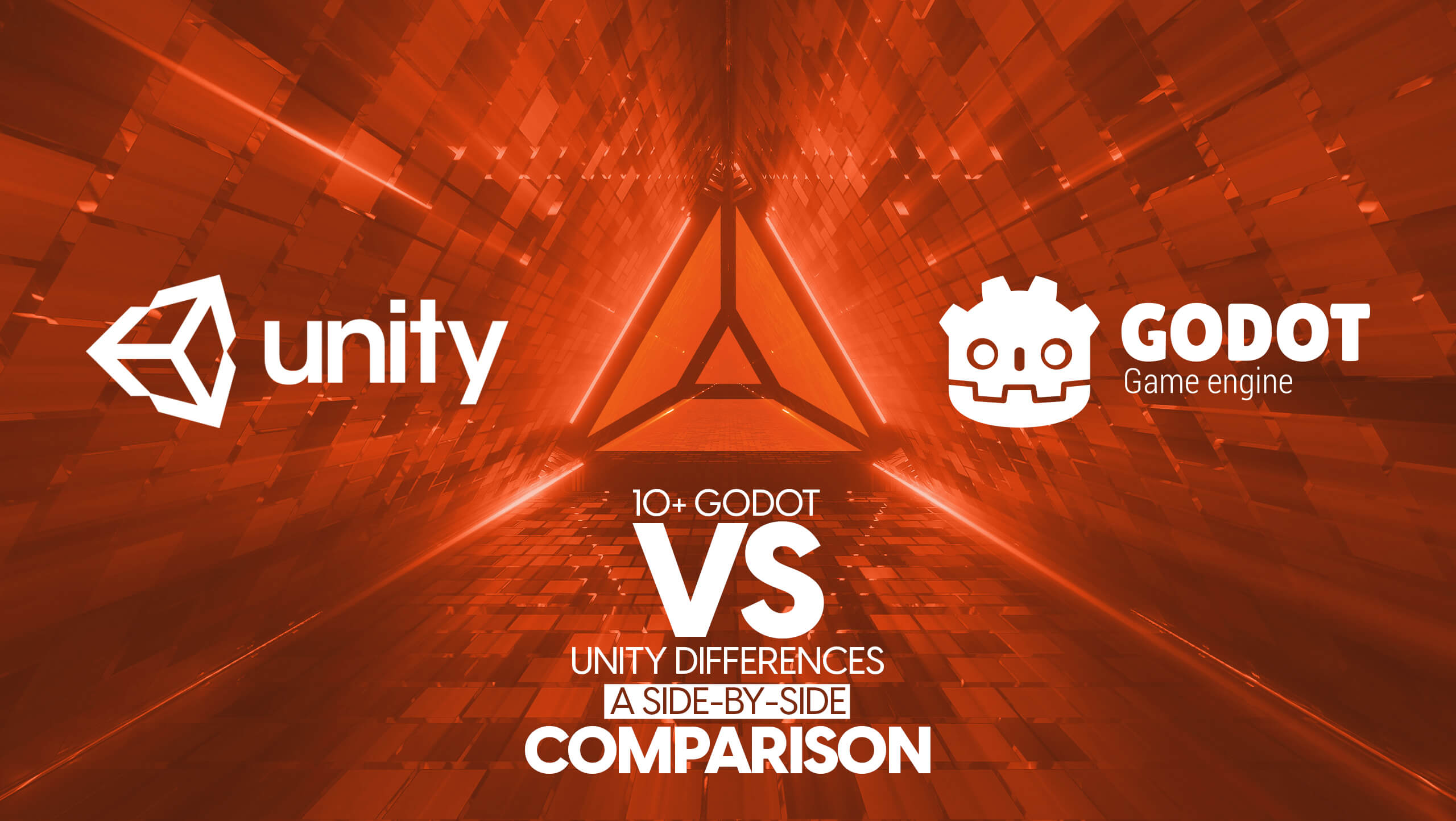 Unity comes to mind instantly as we think about game development. But growing hype about the emerging game engine known as Godot has engaged the global game development community in a new technical debate of Godot vs. Unity.

While 61% of developers prefer Unity, some of them are quickly switching to Godot because of its native coding language, developer-friendliness, and ever-improving environment. Considering its hype, Tekrevol has compiled a comprehensive list of differences between Godot and Unity to help beginners in game development choose what’s best for them.

In this article, you will find out:

Without further ado, let’s dive in!

What is the Unity game engine?

Unity is a real-time game development platform and undoubtedly the most dominant player in the game development industry. In simplest terms, global developers prefer Unity because of its technical strengths and coding stability, stunning graphics for low-scope to high-end gaming experiences, and a growing marketplace with a community for 24*7 global developer support.

Because of our large-scale project requirements, game developers at Tekrevol prefer using Unity for most of our development procedures.

Is Unity a Good Engine?

We let the statistics speak to understand whether Unity is a good game engine. Here are numbers about its never-ending popularity.

What is Godot game engine?

Godot is a dedicated game development engine that offers design capabilities, including animations, a built-in editor, scripting with support for C++, and multi-platform deployment. It was released in 2014 and it has been significantly improving since then.

Is Godot a Good Game Engine?

In a one-liner, Godot is a good game engine for beginners, games that are Minimum Viable Products (MVPs), community projects and low-scale basic 3D games. It is a decent choice and helps create fine graphics and smooth transitions. The engine is, however, new, that’s why there is no strong research that suggests the exact percentage of developers switching to Godot.

There are no numbers, yet, the community is getting bigger, which speaks volumes about the growing popularity of Godot, and which is also the reason why the internet is hungry for the Godot vs Unity debate.

Also, I have answered the question of this engine being good enough or not quite comprehensively in the next sections of this article, with factors like ease of use, scripting languages, testing and debugging options.

Godot vs Unity – A Quick Overview of Differences

Major Technical and Market Differences Between Unity and Godot

After a quick overview, here is a detailed analysis of Godot and Unity game development engines, their feasibility, technical standpoints, testing and debugging modes, community size and asset stores.

After access to this real-time game development platform, another reason why Unity is so popular amongst experienced game developers is the quality of graphics. From 2D to 3D to even stunning high-end graphics required for virtual reality games, Unity has set the bars high.

So, in Godot vs. Unity debate for graphics, Unity obviously wins because Godot is still a work in progress. If you have a great grip on game design and animations, you can still help yourself well with Godot, but inherently, Godot is good to go for 2D only!

Recommended Read: How to make a game design document

Building on this, Godot is a free and open-source game engine and comes with an MIT license that allows free commercial use. While the website suggests no royalties are required, it is ideal you add credits to Godot in your project because it helps the platform grow, plus you get higher chances of getting featured in the Godot Showcase.

In comparison, the Unity game engine has a comprehensive pricing structure. The basic plan is free and, of course, has limitations. It allows real-time Unity development on their flagship platform; gives you access to features like bolt visual scripting. However, free users can’t utilize industry-specific solution toolkits or build server license capacity. Plus, basic plans can only pick 1 integration with collaboration tools.

After free plans, Unity has premium packages for professionals, teams and enterprises.

Unity has another free plan for students which allows some mix and match package features from Plus and Pro plans. I have mentioned that Unity comes with a price tag, but it is the best option for developing AR and VR games.

Godot allows scripting with a Python-like language we call GDScript. Of course, it is unique and native to Godot platform but is user-friendly. It supports C# and C++. It is interoperable and you don’t have to rewrite the game code to make it work on other engines. It allows visual scripting. Limited options also have drag and drop menus with building blocks and connections.

Unity works with C# and C++. It also supports most .Net languages and frameworks.

Godot comes with a built-in debugger. Developers can test their Godot games in real time while their projects are running on devices. Furthermore, it comes with built-in tools like network profiler, profiler for graphing and plotting and error logger to keep track of changes.

Like Godot, developers can test Unity games also while they are in play mode. Unity also comes with a built-in debug mode allowing users to optimize code in real time while working with the debugging features.

Developers can use Godot to create games for Windows, macOS, Android, iOS, and Linux. The code can be exported to the web with WebAssembly and HTML5. It supports consoles including Nintendo Switch and PlayStation 4.

Godot says it is for everyone – and definitely, it is. New and old game developers can start working on Godot in no time. It does not have a steep learning curve and beginners with basic grip on programming can smoothly start working with Godot.

Unity has been in the industry for years now. So, is Unity a good engine for beginners?

Unity has a huge asset store of free and premium design and coding assets. Developers can choose from different categories, including 2D and 3D, tools, audios and VFX, templates and add-ons. The asset store has been active for years now and even if you are a beginner, you can get elements and code snippets to use as building blocks for your game.

Godot has a smaller asset store than Unity. The marketplace is relatively newer with around 1500 design and coding elements and assets. Again, because Godot is a new player in the field, the community has been adding regularly what it could in this span of eight years. If you are a beginner and want to use readymade code snippets and design resources, you’ll probably have to consult developers in the Godot community.

Unity has a way bigger community than Godot. They are advanced and have years of experience using the frameworks. Unity’s blog has everything covered from testing game difficulty to recent game industry insights. In fact, Unity’s premium packages give users access to free technical support. 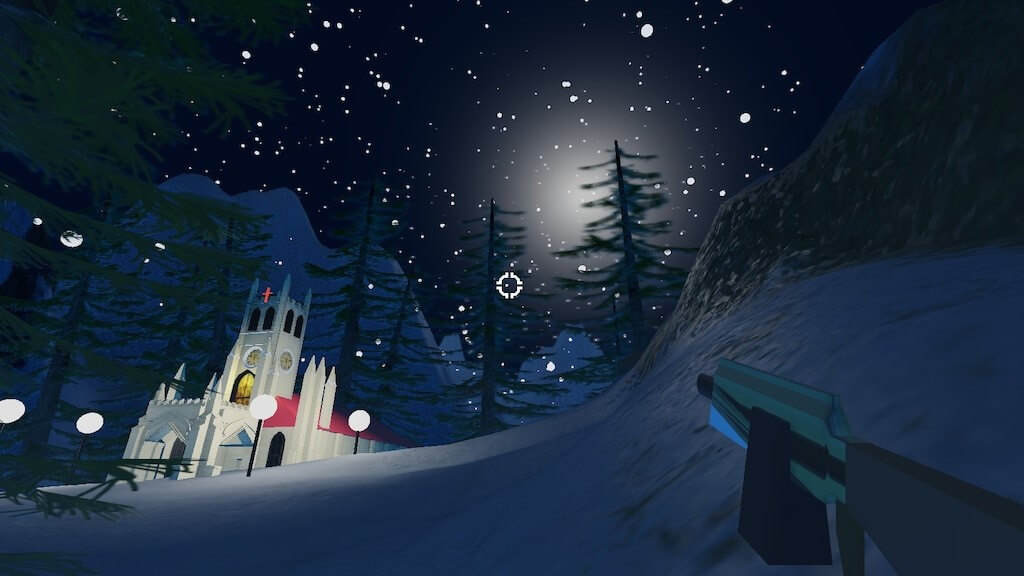 Whereas Godot’s community is still under development, it has free tutorials, courses, blog articles and learning resources to help the many who are flocking to Godot like anything.

Godot vs. Unity: Which one is better for my game development project?

Unity is the ideal game development engine for commercial projects. In fact, any typical game development company with a decent flux of game development projects and processes would definitely work with Unity. Medium-sized game businesses to established corporates can have their safest bet when using Unity for designing and developing games targeted at a large adult audiences.

It offers exceptional graphics, and player experience and supports a multitude of devices and operating systems, especially when a developer is working on high-end, innovative game development ideas. Industry trends clearly reveal that it’s the top choice of professional game designers, developers and strategists.

Considering the pros and cons of the Unity platform, it comes with a heavy price tag that companies would not mind paying because of the scope of their projects.

On the other hand, Godot has also positioned itself in the market, but mostly with new game developers and startups with tight development budgets. While it is open source and user-friendly, it comes free for all levels of development, and project funding requirements don’t make a difference.

It is good for fantasy and arcade games, with children as the main target audience. From design standpoints, designers working on 2D and light 3D projects can use Godot for even commercial projects. Considering this, Godot is an ideal option for startups and beginner appreneurs who wish to test the market waters and are up for penetrating it with a prototype or an MVP – a digital product with basic features and limited, yet complete functionality.

Wrapping Up the Godot vs. Unity Debate

Game development is one of the most lucrative domains in the world of technology ventures and startup ecosystems. While the process takes immense development effort, it pays off profits in millions when the technical programming side executes efficiently.

So, if you are here reading this Godot vs. Unity chart-buster while still brainstorming the technology stack for your next, world-changing game app, Tekrevol can help you take the next step! 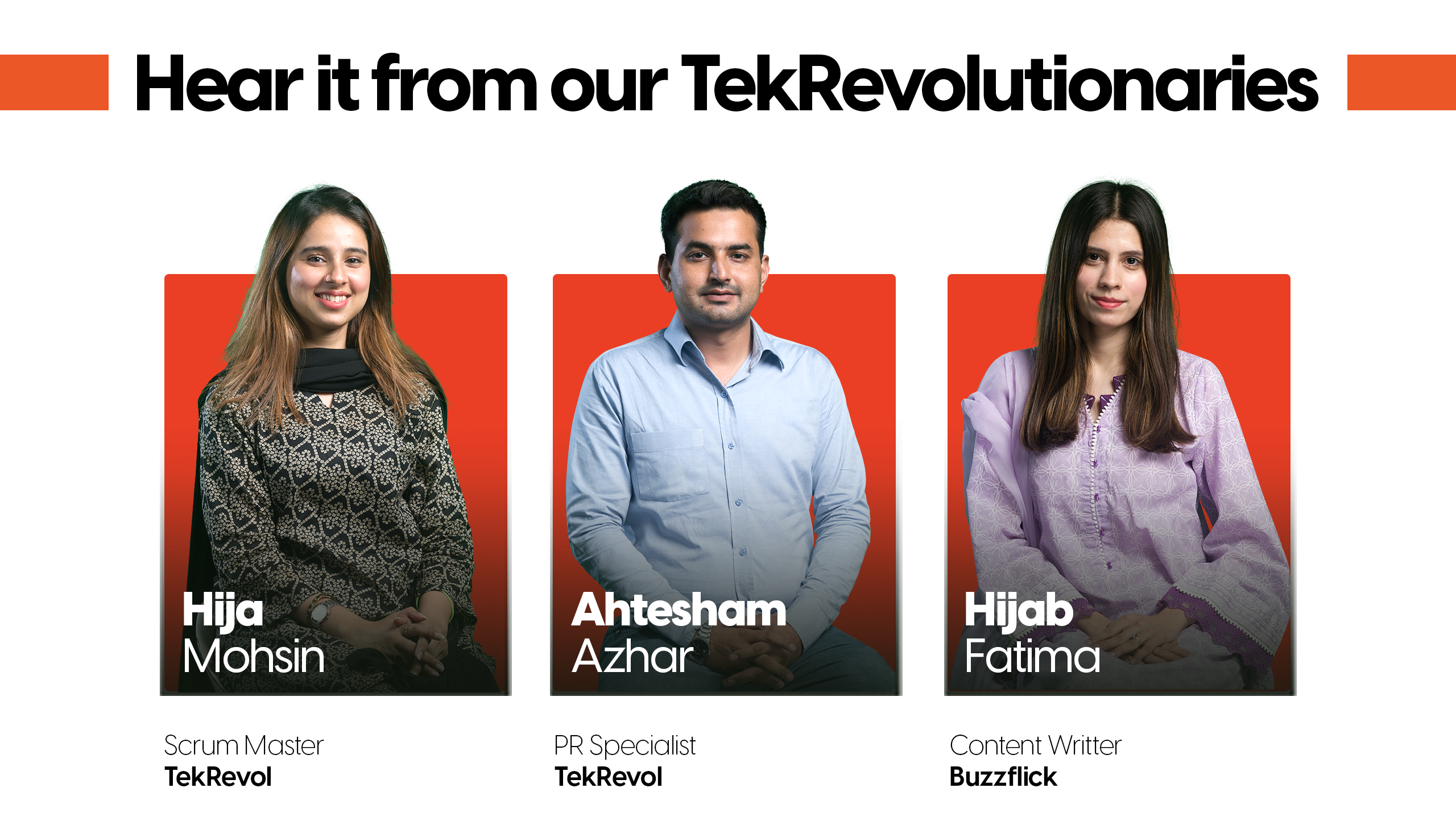 Hear it from TekRevolutionaries August 8, 2022 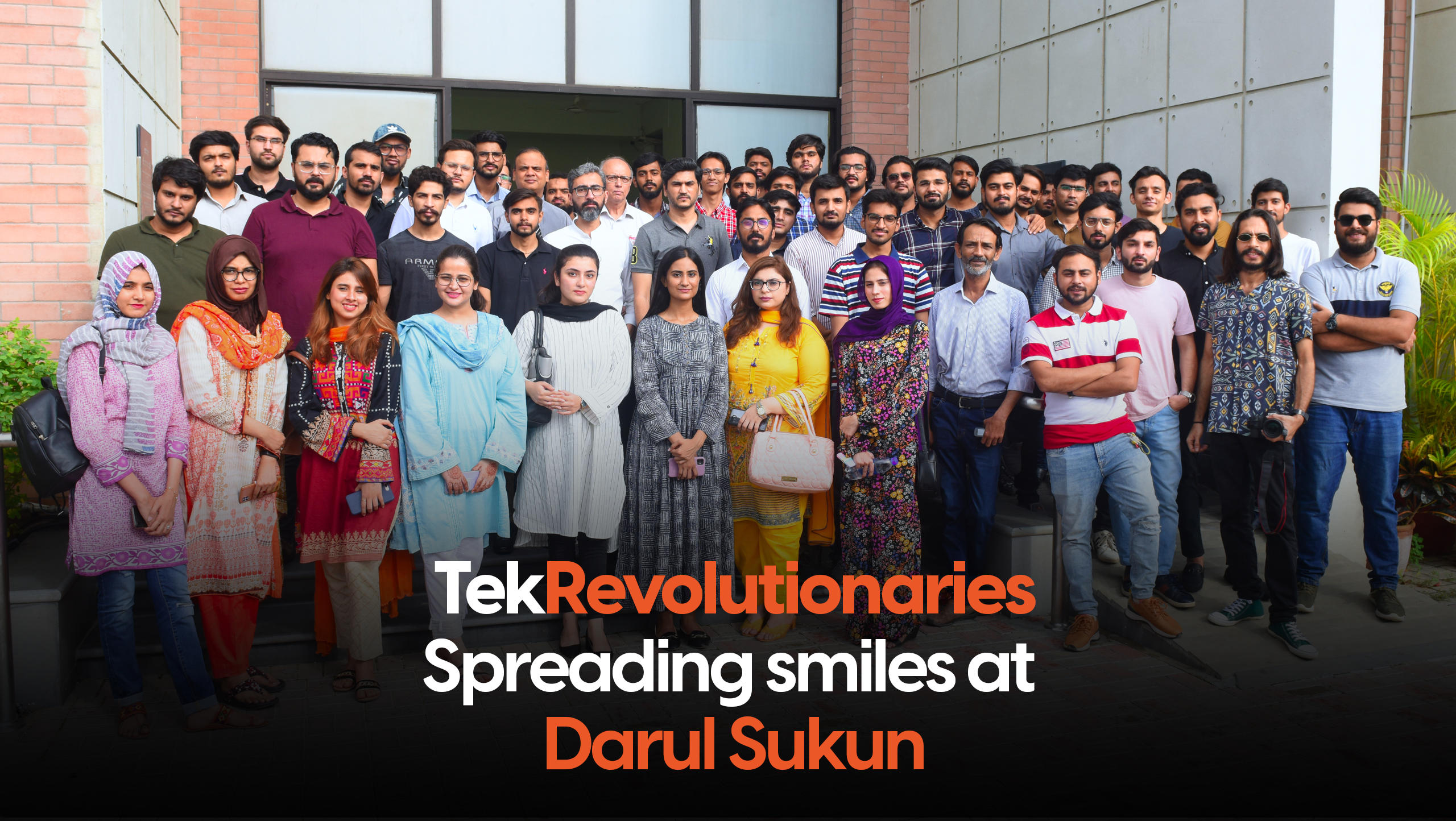 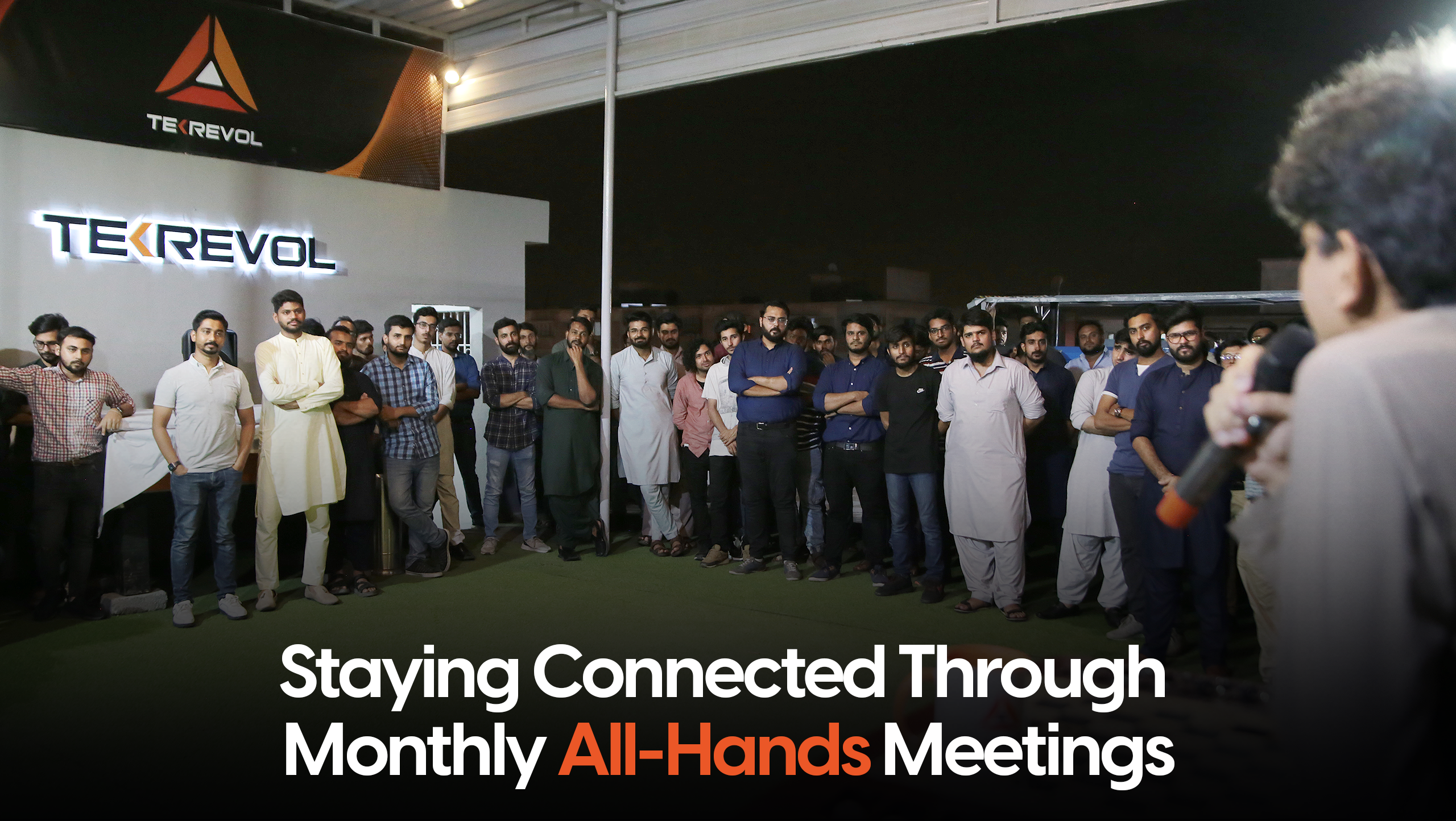