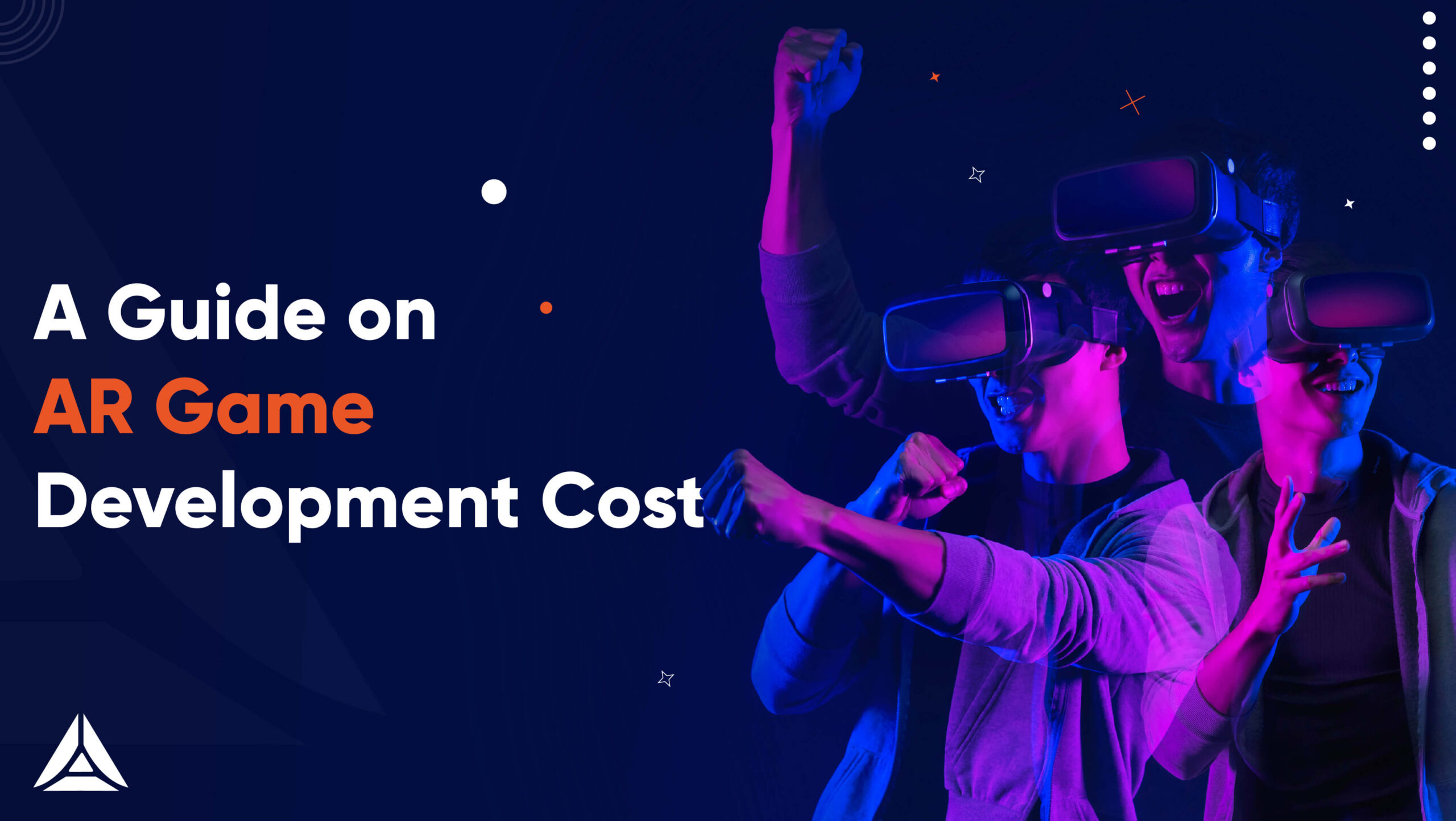 Planning to launch an Augmented Reality game like Pokémon Go is just the beginning. The real decision-making stage starts when you allocate financial and human resources for the project, decide technical and marketing budgets, finalize a technology stack, brainstorm platforms, and devices, and estimate the overall AR game development cost, to be specific. This article covers factors that affect your cost and ways to optimize, in fact, reduce the cost of your AR game project. 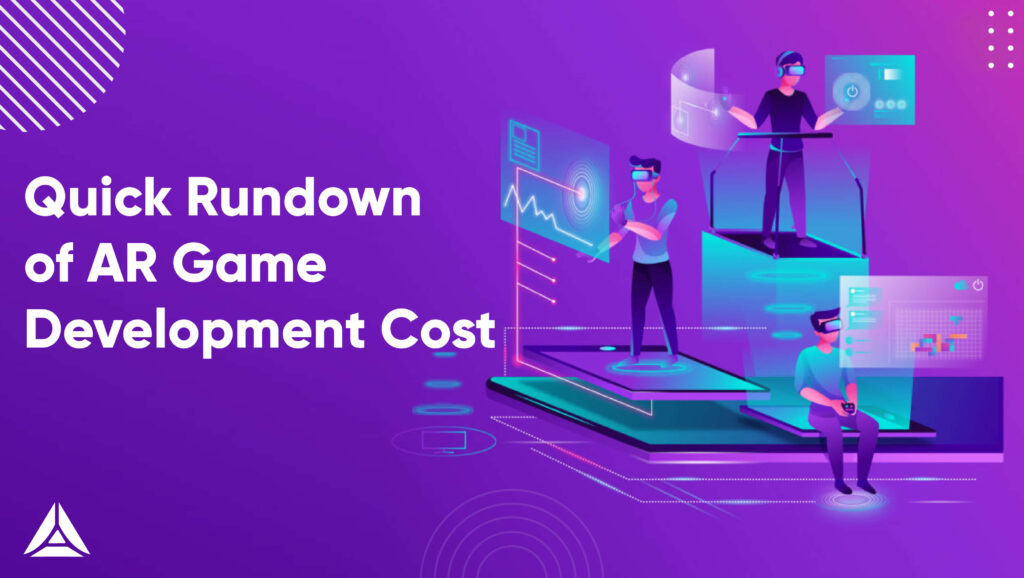 An app’s scope covers almost everything an app will have and deliver. This includes the functional performance and technical architecture of an app. Logically, the bigger the scope of your mobile app is, the higher its cost goes.

From logical standpoint, the AR game development cost centers and factors you will read ahead are somehow parts, subparts, or connect directly or indirectly to the scope of your AR game app.

A typical game development company works with game designs in either of the two ways:

First and more common arrangement is to have a dedicated game designer who’d look into the creative side of your AR game project.

Secondly, they might have a dedicated creative department with designers who handle graphics of all the app projects, including your game.

In any case, as a client appreneur or startup, you can ask your game design and development team for the following deliverables:

Most companies do have separate hourly rates for compilation of such deliverables, unless otherwise stated in your contract or covered in your pre-discovery free consultancy stage.

Your choice of platform(s) will directly impact your AR game development cost. For an AR game of decent scope, you can choose from the following options:

As with any other mobile apps, a game also depends on its features to deliver a fluid user experience. More the features, higher the cost.

Here is a list of top 10 AR game features:

You can add as many or as few game features. Know that features directly impact the user experience, and that’s exactly what can make or break your app.

AR game development requires expertise in using this futuristic technology. But your hiring arrangement can really make a difference to your overall cost of AR game development. If you already have an expert grip on either the design or programming part of the game project, you’ll need a smaller team.

However, if you are from a business background, you’ll need a team with the following professionals: 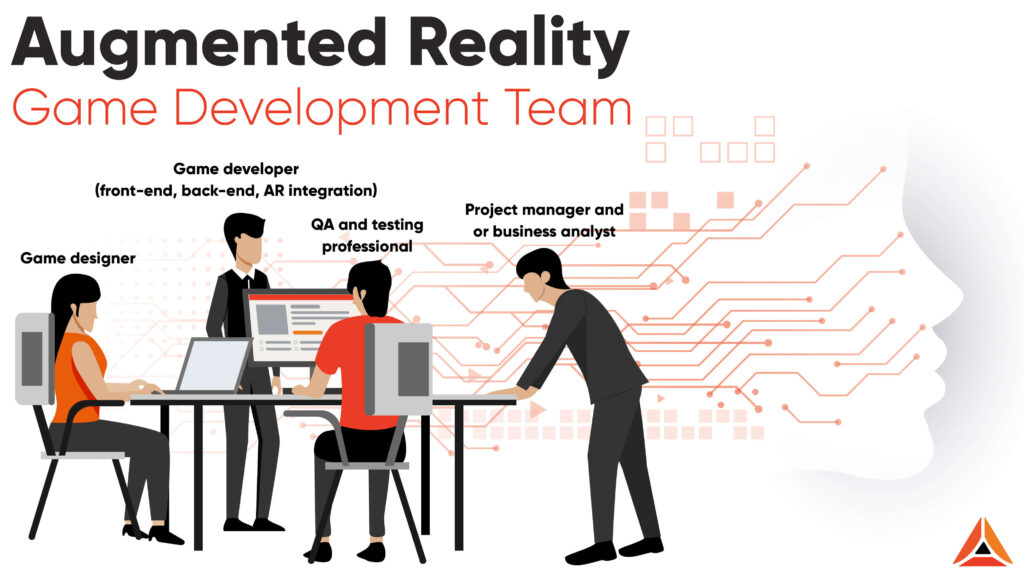 Your game development cost also depends on how you choose to pursue your game project and arrange to work with your team. Here are three common hiring arrangements:

An in-house team: this work arrangement gives you the highest flexibility and control with your AR game development project. You choose business location, and have real-time access to all operations. However, this is also the most expensive work arrangement because you need to pay recruitment cost as well as office space. To break this down, know that full-time developers will demand wages and benefits, like insurance and traveling allowance, plus hardware and software for development.

Project outsourcing: in this work arrangement, your game development company will give you a solid price estimate covering the total cost of AR game development. This cost usually is calculated after multiplying the total estimated development hours by the hourly rates of the development. You either pay upfront, per milestone or in two to three equal installments. This saves your management effort and time, and you can dedicate that to marketing your AR game app.

Staff augmentation: this hiring arrangement works like a subscription model. You assign work to the team of your AR game developers and pay them their hourly rates. This model somehow touches the fine balance between an in-house team, in terms of control and flexibility, allows effective communications and replicates the outsourcing model in terms of payment structures.

Some apps exchange data and features with other third-party apps. For example, marketplace apps use PayPal and Square digital payment platforms. Other apps use location APIs like Google Maps and Google Places. Most of these APIs are either free for limited use or have premium packages.

Advanced AR games like Pokémon Go, Zombies, Run, Walking Dead, and Five Nights at Freddy’s work on different monetization models and can be integrated with other healthcare apps.

Why do businesses choose AR Game Development Despite the Cost?

More and more gaming startups are investing in these games, despite the AR game development costs. And there are several, right reasons behind such business decision:

Augmented Reality is not a work in process anymore, but a super lucrative tech domain with endless opportunities for startups as well as established businesses. Apps, especially games with AR support have high user acceptance, which means appreneurs can choose from a variety of monetization models and make planned number of profits in their first three years. Popular AR games like Pokémon Go, and apps with augmented support, like Snapchat and AR Zone have already earned millions of downloads.

The corporate world, especially the global business ecosystem has already witnessed some of its transformative impacts in different sectors. In simple words, investing in a future-proof product like AR game or mobile app definitely is the gateway to capitalizing through early adoption.

Five Nights at Freddy’s and other successful games keep launching new releases of their game episodes. This is evidential of the fact that AR games, like other strong video game concepts are sustainable (when marketed well) and scalable.

How to optimize the Cost of AR Game Development

AR game development is pricey, to start with. But with some alterations, a strong business plan and effective project management, you can optimize the costs to suit your budget. Here are 6 ways to stay under budget:

Create a comprehensive business plan before approaching a game development company. In your business plan, add close estimates of your app development budget, current state of cashflows, sources of funding, preferred monetization models, rough sketch of features, the look and feel of your end-product, project completion and launching timelines, nature and demographics of target audience, projected revenues and expected number of downloads. Also add the platform and devices you wish to launch the game for, and the tools and technology stack you plan to utilize.

Creating a prototype will have additional costs, but it will help save time, energy and financial resources in the long run. That’s because most designers and developers will use a clickable prototype to understand the user journey and will base your AR game on its foundation. So, having a prototype as a roadmap for development action will help manage effort in planned no. of hours. These number of hours directly impact AR game development costs and managing these hours means you are directly limiting the costs.

Most cross-platform app development companies typically use frameworks like React Native and Flutter. Going with either Flutter or react native app development can significantly help reduce development hours and effort. In fact, as we mentioned earlier, picking Flutter app development helps you get two apps for the price of one. You can test in real time and with hot reloading, update fixes in seconds.

MVP, or what we call a Minimum Viable Product is basically a basic version of any digital product, solution or SaaS that only has core features to support the main function of the app. It is lower in magnitude and scope, and so costs lesser. Developing an MVP before a feature-heavy final AR game will serve innumerable benefits. Two of them include low costs of development, higher chances of funding and testing and improvement facilities. You can penetrate the market with an MVP, or seek investors, then look at the response and acceptance of your users and add more advanced features according to the market demand.

Development rates reflect the local tax structures of a region in addition to experience and expertise. That’s why, a developer from United States, lets’ say Austin or Miami will give economic quotes as compared to developers in Europe, UK to be more specific.

Battle-testing your app for performance, user experience and technical architecture will help you save money you may need post launch. Similarly, seeking feedback from real users in your target community will help you understand the demand patterns for your AR game. In fact, you can fix any error before time in case you are getting a common negative review that your development team might have missed.

For new tech entrepreneurs and game startups, AR development definitely offers future-proof monetization. Considering this, estimating the AR game development cost before taking a full plunge is a smart business move. And if you have already understood the cost breakdown and budget optimization methods, you are more than ready to take your next step – starting on your AR game with an A-team that’d turn your vision into a successful digital reality.