The Potential of Cloud Gaming for Players and Game Entrepreneurs 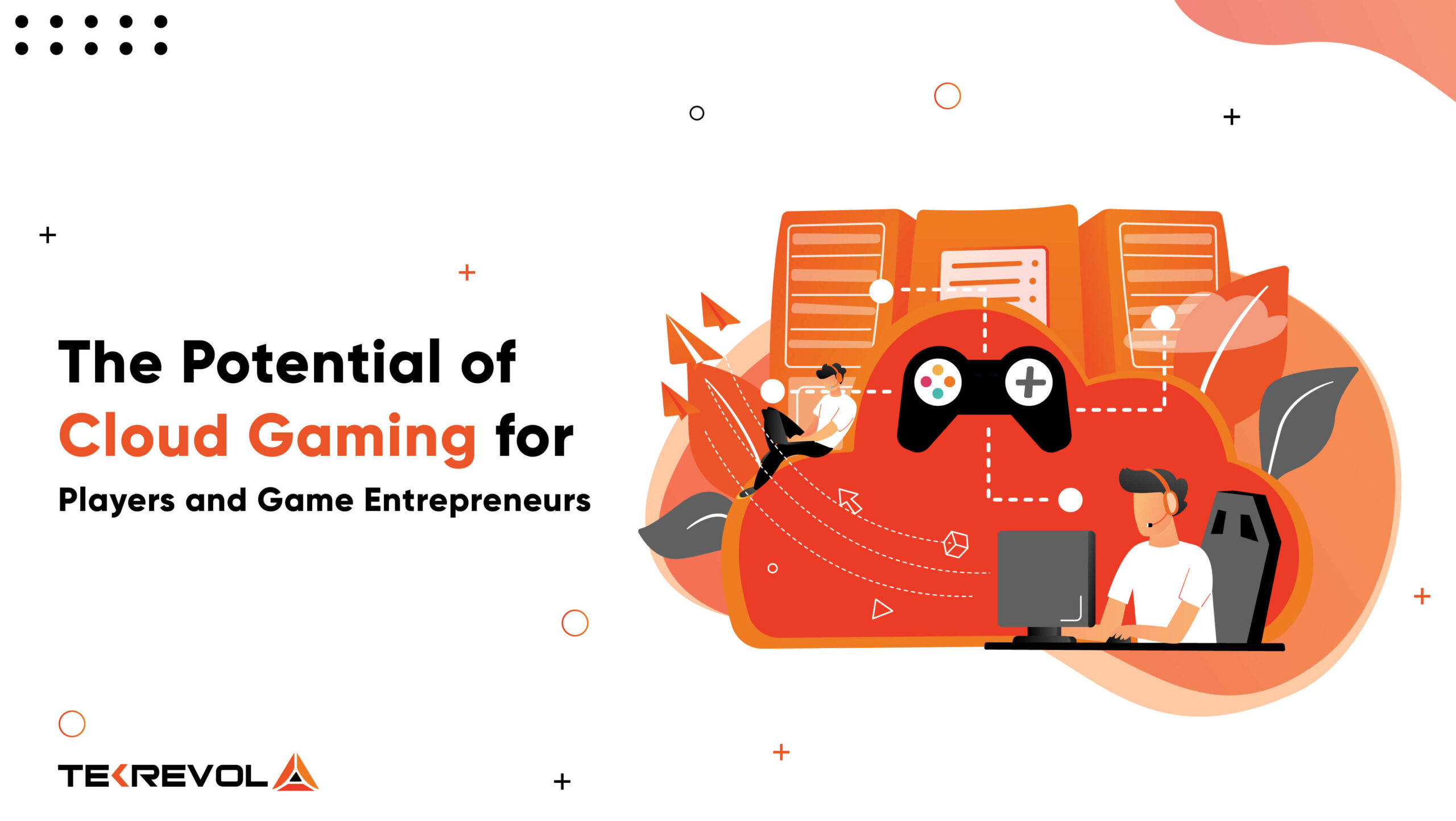 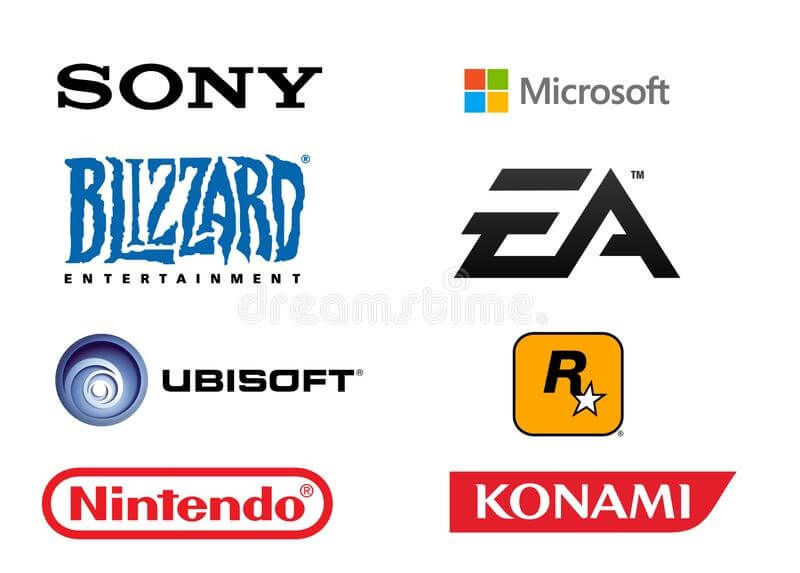 But these tech giants aren’t alone in their race to hit the markets with this technology that is yet to change how gaming enthusiasts buy, download, load, and play video games.

Thanks to ever-improving internet infrastructures, 5G, and play-to-earn experiences – cloud gaming is transforming how the conventional gaming industry operates and makes money!

If you already are a fan of Call of Duty, Grand Theft Auto, Counter-Strike, and P.U.B.G – know that you are part of the fastest-growing cloud gaming.

If you are up on other games – today or tomorrow, they may also get into the category because cloud gaming is booming and is up for reshaping the future of the gaming industry where there will be no disks, no flash drives, no downloads, and no consoles!

What is cloud gaming?

Cloud gaming is a type of online gaming that operates on remote servers.

Players don’t need to buy storage hardware or download the games on their laptops, P.C.s or cellphones to participate.

It works as game streaming on a subscription basis, and so it’s called gaming-as-a-service.

Cloud-based games are inclusive of all other technologies.

These games are cross-platform, have A.R. and V.R. integrations, and can be embedded with the Internet of Things.

These games and gaming infrastructures guarantee million-dollar revenues and are primed for the future.

How does cloud gaming work? 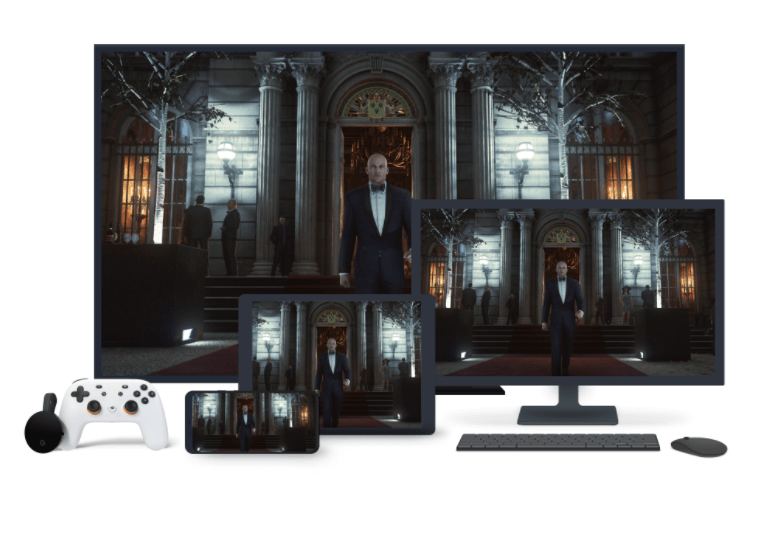 Is cloud gaming worth it?

Cloud gaming is definitely worth it for players, game developers, and gaming entrepreneurs alike. It is receiving massive attention in regions like the U.S.A., Japan, the U.K., and Poland.

The overall infrastructure of cloud gaming is symbiotic – for entertainment consumers, producers, and the environment.

It does not require specific hardware and can be accessed from literally any part of the world (unless the service is geo-restricted).

Benefits Of Cloud Gaming for Players

The consumer-side costs of cloud gaming include the charges for game subscriptions and the internet bandwidth.

Here are the top 5 benefits of cloud gaming for players.

For professional gamers, cloud gaming is all the more beneficial because the earnings easily overshadow the monthly or annual subscription charges.

More importantly, they can choose their opponents from overseas and decide how and when they want to game.

Benefits Of Cloud Gaming for Entrepreneurs

While services like GeForce Now and PlayStation Now are getting widely popular in prominent regions of the world, the concept is still new for half of the world.

A survey conducted in 2019 suggested that only 33% of mainstream gamers were aware of cloud gaming.

Because the trend showed upward movement in terms of awareness, familiarity, and interests, Tekrevol’s business analysts and strategic advisors are predicting the trend will soon break the charts like smart homes and NFTs.

Considering all the business benefits of cloud gaming, here are three statistics that prove everything viable:

There are around 25 companies making regular contributions to the market.

Despite tech giants working tirelessly in the cloud gaming domain, the market still has a huge gap – ready to be capitalized in the coming three years.

The market is ready to reach 6.5 billion USD yet, gamers have concerns over cloud gaming.

Firstly, in some regions of the world, cloud gaming technologies are still untapped because of high subscription charges.

Take the example of GeForce, which almost doubled its subscriptions last month.

In fact, in countries like France, gamers aren’t taking much interest in cloud gaming because the subscription charges are seemingly high.

These players don’t need high-def graphics, advanced battling, or play-to-earn cloud games – but a library that works for free for an average of $4.

This gives potential cloud game entrepreneurs like you a chance to hit the market with a basic cloud game and target the audience.

Secondly, some cloud game services are geo-restricted to regions like the U.S.A., UK, Canada, and Australia.

Game capitalists can tap the market through this route and target audiences from Japan, Poland, China, and Hungary.

Thirdly, tech giants are already creating awareness. They are marketing the concept of cloud gaming.

Anybody planning to enter the market will find it ‘ready’ because most of the promotional effort on the concept will be handled by the big names.

Sony was the first to come up on the screen with its cloud gaming service PlayStation Now.

With this cloud-based service, gamers can play their favorites without downloading them – literally with just a screen.

Currently, its subscription charges start from $9.99/month and go as low as $4.99/month when billed annually.

Microsoft had launched Xbox gaming hardware and software years back, but its cloud gaming efforts have started gaining traction in 2015.

For years, Microsoft’s Xbox has been the source of major revolutions in the cloud gaming sector, but its recent Xbox Game Pass Ultimate is the latest addition to the library of achievements.

The program is still in its beta version but is predicted to be successful like earlier models.

As part of the promotional plans, players can get their first month of Xbox Game Pass Ultimate for $1.

After that, this cloud gaming service costs $14.99/month – way more than the competitors but worth it because of the experience and the huge library of old and modern games. 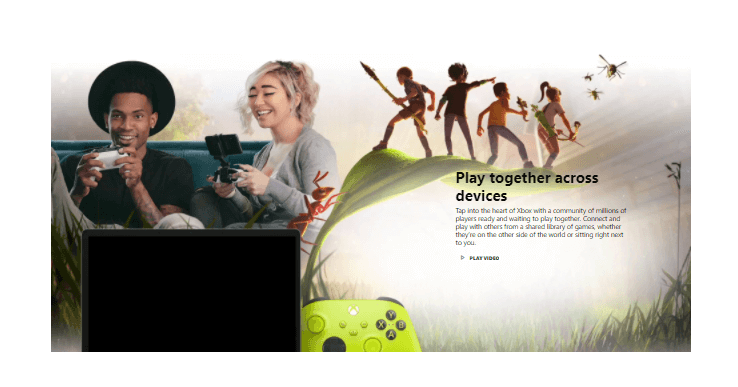 Stadia is powered by Google, and its performance matches the standards of its parent tech giant.

It is a gaming platform that lets users play video games on multiple devices instantly. Stadia comes with a free one-month trial and costs $9.99/month.

Nvidia has its newest motto for cloud gaming: Your Games. Your Devices. Play Anywhere. 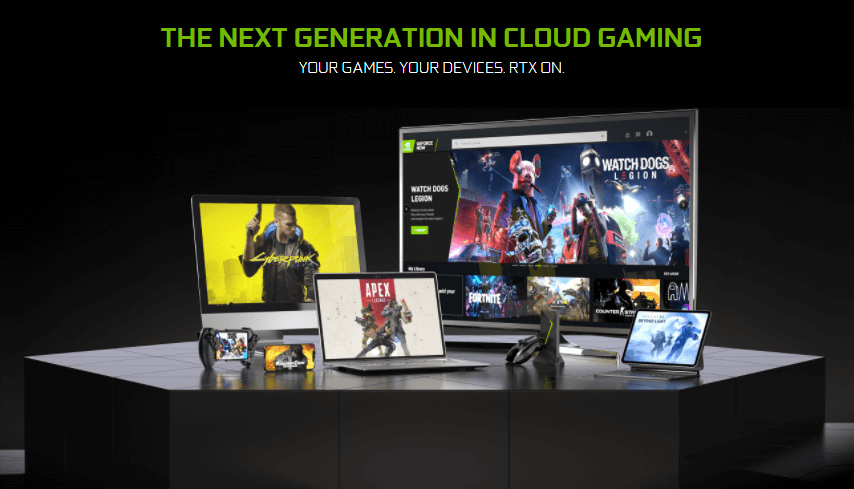 With this streaming service, Nvidia has also launched premium as well as free cloud games.

Players can choose to start new games or pick up where they left off during their last gaming session. GeForce is, however, geo-restricted and available in North America and Europe only.

It has an Alliance Partners Program through which these cloud games can be streamed in the U.K. and Canada.

GeForce Now has free and priority memberships, with premium subscriptions starting from $9.99 per month.

Right after offline games, A.R. and V.R. games, cloud gaming is an advanced trend that is here to stay for the foreseeable future.

Cloud-based games are undoubtedly reshaping the infrastructure of the gaming industry.