Everything You Need to Know About AR Zone App 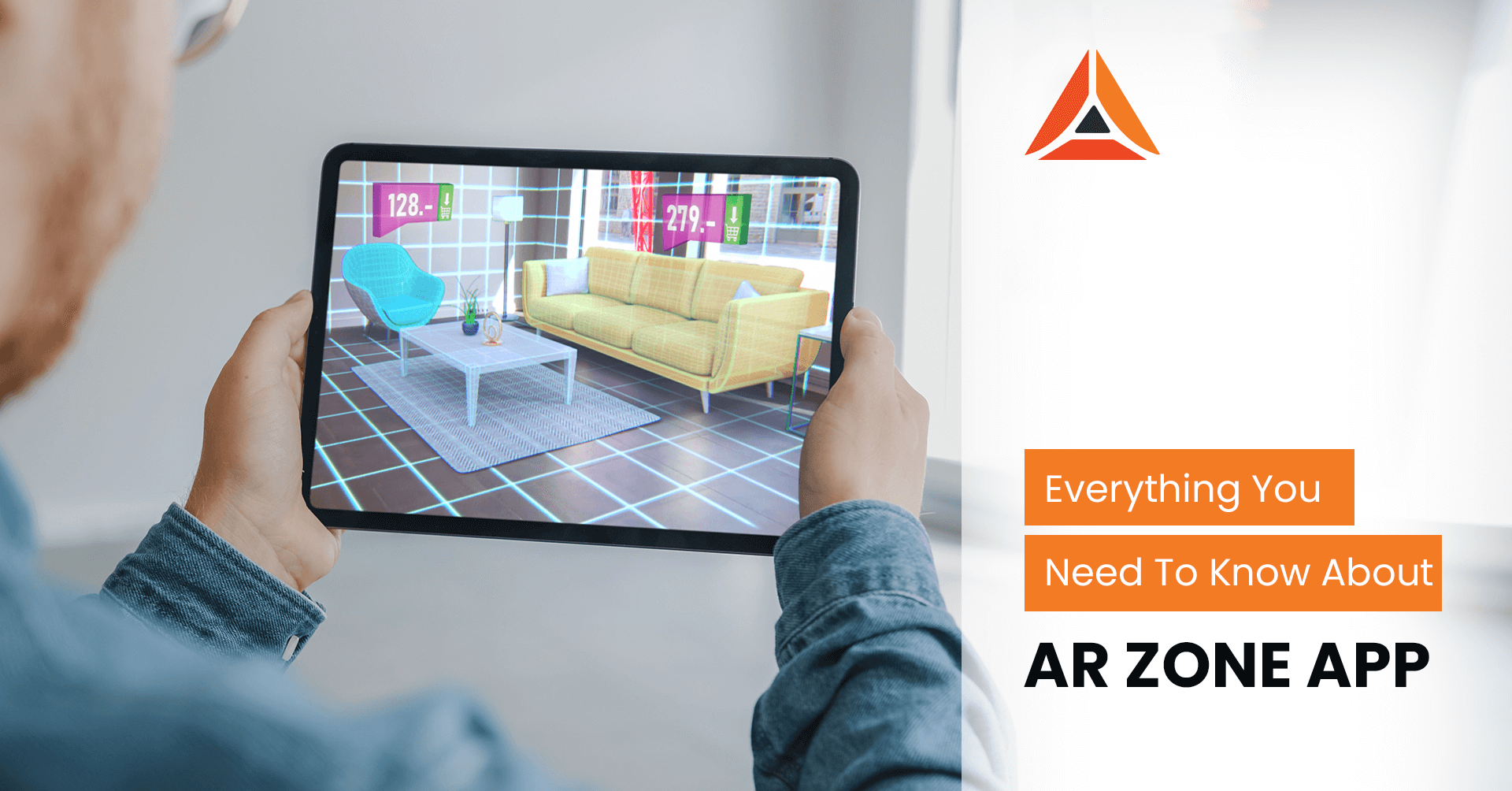 Users who are buying the new Samsung smartphones that are coming loaded with the latest Android 10 OS or the ones who are updating their old ones to Android 10 have just got a new revolutionary app.

The most predictable questions coming to your mind at this moment would be ‘what is the AR Zone app, how does it work, and if you’re an entrepreneur, the concerns become a little more serious, like ‘what potential does ‘AR Zone’ have for your business.

Therefore, this blog is specifically written to answer all the questions mentioned above.

What is AR Zone App?

AR Zone app is a camera application that is integrated by default in Samsung smartphones. This specific app leverages the smartphone’s built-in camera to allow the users to capture fun photos and videos while enabling them to use AR features such as 3D objects, stickers, doodles, and text elements.

In the fewest possible words, the AR Zone app is a camera extension super-similar to the Snapchat app in terms of functionality and features. However, the difference is that AR Zone has more advanced AR features than other similar apps. This means that users can now edit their outfits, record videos, and create emojis for real-life characters.

How does AR Zone App Work?

The app uses Augmented Reality features and allows users to add 3D versions of real-life objects and characters. Unlike other apps, users don’t have to record a video and later make edits or add preferred transformations, transitions, filters, or elements. Users now have the feature of adding AR objects such as doodles, emojis, stickers, animated texts, and even backgrounds, all while they’re recording the video.

What’s more interesting is that the AR Zone app users don’t need a separate application for creating a Bitmoji. They can use the app, export it to chat applications, and use it alongside other emojis in the conversations.

According to Statista, AR and VR are both significant parts of the Extended Reality industry. A subpart of AR and Mobile AR is expected to grow exponentially. By the end of 2021, the world will have around 800 mobile AR users, and by 2024, the number will shoot to 1.73 billion.

Moreover, with this application, Samsung has brought advanced AR functionalities to the palms of users. They can change or add custom 3D backgrounds, create multi-purpose animated videos and share their videos with friends and family on the go.

From a business’s standpoint, there are very few apps currently providing the users with specifically AR-powered features. And although a newer, beta version of the AR Canvas is available for Android smartphones, it differs in functionality. The mentioned app currently has 1000+ downloads on the Google Play store with an average rating of 4.4, which is progress that appreneurs can surpass with a little more effort.

Additionally, Google Play & Apple Store have apps that offer A.R. functionality. Still, most of them are games, so they don’t directly compete with the AR Zone app.

Moreover, visual media giants like Snapchat or Instagram haven’t really leveraged or tapped into the A.R. technology as a core feature of their business model.

This literally means that appreneurs interested in this technology must tap into this specific market with an app similar to the AR Zone app and turn it into a million-dollar business.

So, if you’re interested in developing a customer app that efficiently harnesses the power of augmented reality, check out on-demand application development services and get connected today.

How Can Appreneurs Monetize An App Like AR Zone?

Appreneurs can choose to launch an AR integrated app for free and earn from sponsored advertisements. Besides advertisements, free apps also earn from in-app purchases. If you’re interested in learning about the most effective revenue models that you can integrate into your app, here’s a complete blog that you should totally check out.

This in-app purchasing model can be either brand-based, where the app is selling its advanced features for a specific price, or third-party-based, where the developer earns commission from the third-party by displaying their ads within the app after the sale has been made. Take TeeMates as an example. It is a networking app for golfers that allows users to buy and sell golfing equipment within the app.

Premium memberships and subscriptions are also profitable monetization strategies for 2021. Think of the Planta app, which is free to download and charges $7.99 per month for advanced features.

So, in a nutshell, businesses can adapt to the primary functionality of AR Zone and turn it into a real-time video conferencing tool. This revolutionary idea would bring revolution to the corporate world and redefine the conventional AR experience that users are used to these days.

Moreover, while the app is unavailable for major Android and iOS users, it opens up a huge business opportunity for aspiring appreneurs. However, if you want to introduce a unique app that uses AR functionality, here are three profitable and technically advanced AR-related ideas to capitalize in 2021:

On the surface, the AR Zone app is a fun camera extension for Samsung phones. Still, smartphone users love the new AR experience that allows them to personalize their photos and videos with AR features and share them in real-time with their network.

Do you have a similar app idea or a unique solution to a modern problem? Tekrevol can turn it into a successful digital reality!