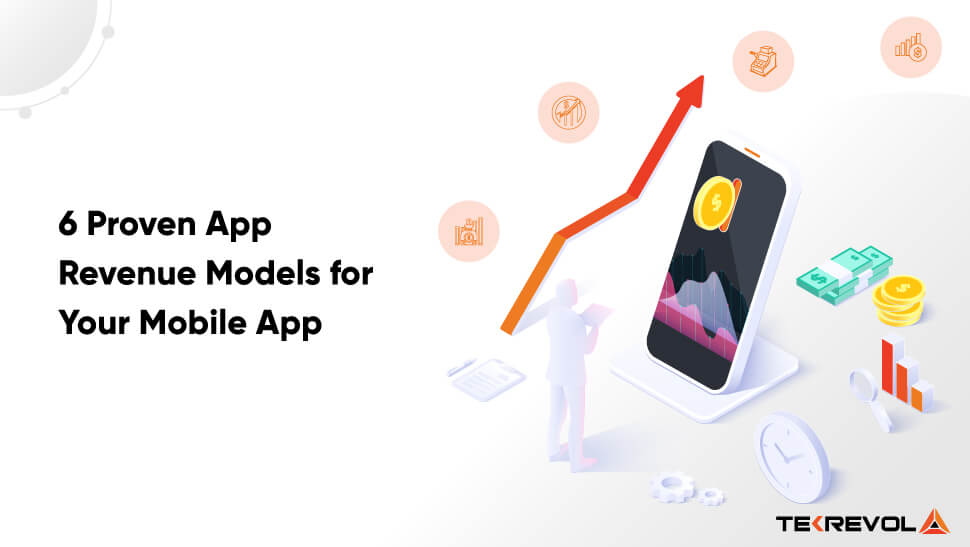 There’s no point in creating an app that doesn’t have an effective app revenue model that intrigues the users into making the purchase from the app. Believe it or not, app revenue models are an integral part of your overall app development process that ensures high returns on your app.

It is quite obvious that entrepreneurs are not developing an app just because they have free time, they’re creating it so that they could achieve their financial targets by tapping into a whole new world of opportunities and possibilities.

According to a research, nearly 26% of the consumers start their search on branded apps. Therefore, although the conventional method of getting your product to the market by uploading it on different digital channels is still intact, however, it’s not the only profitable option that we’ve got today.

Considering the stat that the revenue that mobile apps generate is predicted to grow by 32% year-over-year, now may be a really good time to select and integrate the best possible app revenue model to your mobile app.

So today, I’ve decided to end the struggle of entrepreneurs and developers by revealing the six best app revenue models that they can choose to make money with their apps.

The following are some of the most popular revenue models that you can use to create a robust and effective revenue stream for your app:

A research revealed that the in-app advertising market size was estimated to be $78.0 billion and this stunning figure was predicted to increase up to $90.7 billion in 2020. Looking for a future prediction of this monetization model? It is predicted to reach a whopping $472.64 billion mark by 2027.

The reason for such a drastic increase in the market value of this monetization model is due to the fact that 92.6% (4.32 billion) out of the 4.66 billion internet users access the internet using smartphones. Out of this massive user base, a significant number of users spend their time on apps.

Therefore, the integration of in-app advertising revenue model into your mobile app means that you’ll earn staggering revenue by serving ads to your users through your app. But in order to earn high revenue from this revenue model, your app needs to have a significant number of active users that engage with the app regularly.

Moreover, the integration process of this model is not complicated. The developers are required to integrate a code or SDK (software development kit) properly to the app’s code. Also, ad monetization companies are known to provide detailed documents and support in case of any difficulty.

The best examples of this app revenue model are Clash of Clans or Candy Crush Saga. Both the apps allow users to buy additional components of the app for a specific amount. These components can include content, services, features, functionalities, and more.

With the In-App Purchasing revenue model, you can unlock a wide range of possibilities for your app by integrating several revenue sources within your app.

Generally, the In-App Purchasing model consists of two types ‘Consumables and Non-Consumables’. The Consumables are the items that need to be purchased in order to keep the unlocked feature active. Some examples of  such items are:

The Non-Consumable items don’t get depleted. They’re available for a one-time purchase and once you’ve got them, you can utilize them multiple times. The best example of such an item is a ‘course’ that you can buy from the Coursera or Udemy App.

Although this may not sound ethical or nice from the start, this is a legal way of making money.

And by the end of the day, you’re not sharing sensitive information like Credit card info, signature or account number, all the data is impersonated and usually, the purpose is to gain new insights from it.

So, how can your app earn from this monetization model?

Well, by collecting engagement, behavioral or attitudinal data from the users through your app, you can sell it to marketers, institutions, organizations, or third parties who’ll most probably utilize it for better customer targeting or customer experiences.

In return for the valuable data that you’re selling, businesses pay you a handsome amount therefore, you earn revenue.

However, as mentioned earlier, there’s a significant percentage of internet users who are concerned about their data being sold to third-parties.

For this reason, you need to tell them that you’re going to pass their data to third parties. You can provide this information in the form of a Privacy Policy or Terms of Services.

After the successful launch of your app and implementing effective strategies, you’ll gain a substantial base of daily users of your app, and now may be a really good time to deploy this great monetization revenue model for your app.

The affiliate marketing revenue model is all about having a third-party product featured within your app and every time a user taps on the ad and coverts, you receive a commission from the company of the product.

To make it work, however, you’ll be needing to have a specific audience that the third-party is targeting for the marketing and advertisement of their products.

Also, keep in mind that the user’s behavior is unpredictable which is why the revenue earned from affiliate monetization may vary from time to time.

Lastly, there are several companies offering affiliate programs with a good share of the commission. These affiliate marketing networks are free to join and you can really maximize your revenues by joining them.

The lead generation model is similar to the affiliate revenue model however, the difference is that in the affiliate model the users were directed to tap on the ad, view the product and if interested they would buy the product.

Whereas, in the lead generation revenue model, the users are shown the ad so that they could tap on the ad, fill the form, and submit their contact information.

This information is either used by the app developers or forwarded to a third party who generally pay a very well amount for the information.

However, the key to earning more by leveraging this monetization model is by targeting a specific audience and delivering quality leads to businesses.

However still, the remaining percent out of both Android and iOS apps belongs to the paid apps because there’s an option available in both the stores that let you offer paid apps in which the users are required to pay money to download an app.

After paying money, the user can seamlessly skim through all the features of the app, use it on multiple devices and do much more than the app offers.

Moreover, it requires an application to be outstanding and has innovative features that intrigue the audience into buying them.

And not only that but also the features need to deliver a stunning user experience while being more advanced than the features of the competitors.

Additionally, the revenue earned through this revenue model is super-connected to the new users that are downloading the app. The more downloads you get the more revenue you’ll earn. Therefore, you’ll be spending a lot of time and money on attracting new users to your app.

But since we’re an app development company, we know a thing or two about getting a paid app developed and downloaded by the users. Here are some of the tips:

I’ve barely scratched the surface with the above-mentioned tips as there are several ways to ensure that your paid app gets all the downloads.

Moreover, the next time you search for a paid app, notice that they’re being offered by top brands, well-established businesses and widely recognized organizations.

If you’re a startup, chances are that your app hasn’t proven its value to the users and this increases the chances of failure of your monetization model.

To sum it all up, I would say that an effective revenue model is what every app needs to generate high revenues. However, just like I’ve mentioned in several places in the blog, you need to offer something really attractive in order to get users to make the purchase, use your app, and so on.

The revenue models in this blog will work wonders for your app if it is offering something that adds more value, enhances their experiences and above all helps them solve a particular problem.

Once you’re done with the ideation process, the revenue generation models will be waiting for you to select one out of the many available and start earning great revenue.

Lastly, we’re an app development company that just happens to know what it takes to make a mobile app project successful to ensure high revenue. Do you have an idea for an app? Click on the button below to get in touch!

Nabeel Ahmed is a coffeeholic with an itch for creativity. He loves learning and understanding technology and how it is changing the world for the greater good. He puts forth his creativity to explain how technologies and humans are continually interacting to create a more sustainable and facilitating world. During his free time, you'll find him watching "Family Guy."

Everything You Need to Know About AR Zone App September 15, 2021 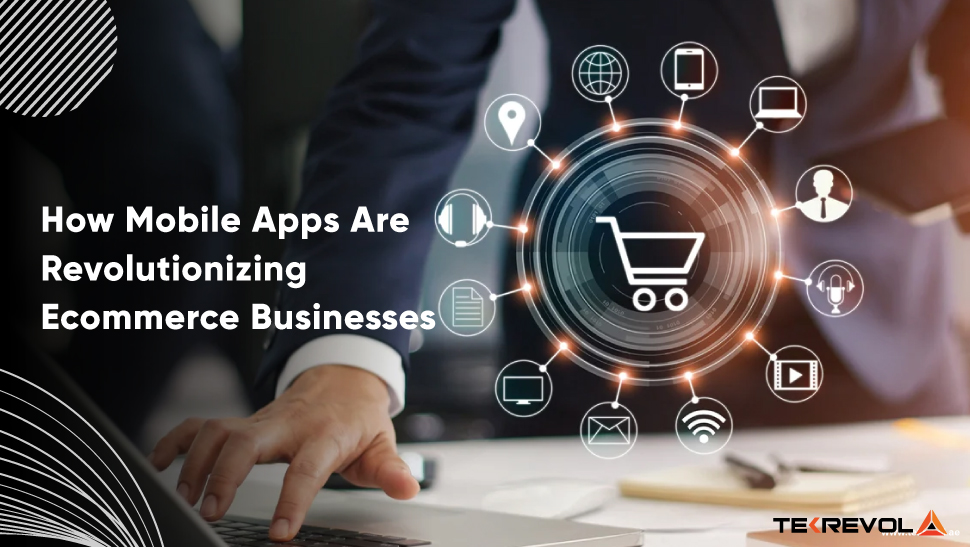 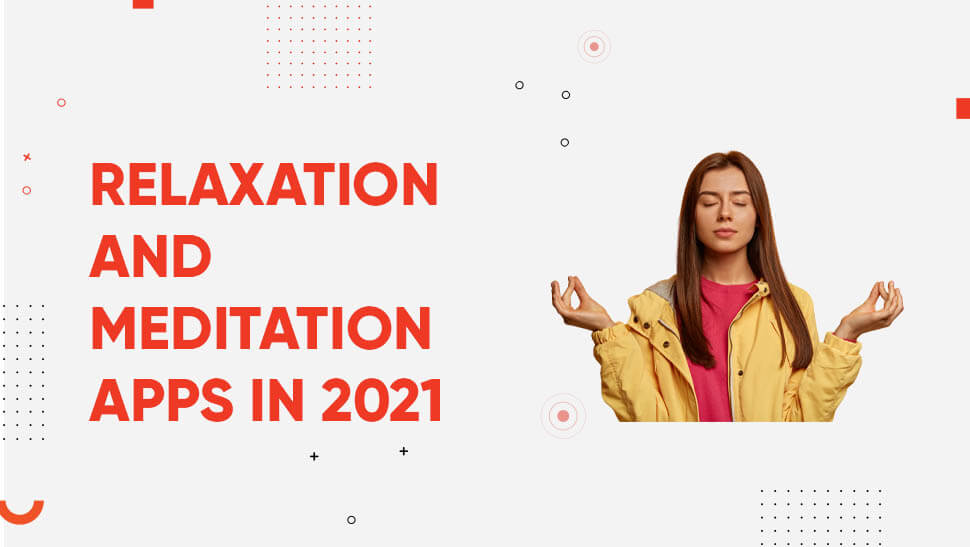 10 Best Relaxation and Meditation Apps to Keep you Mindful in 2021 September 10, 2021
Ryan Shirzadi 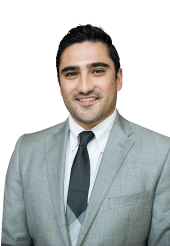