Are you visiting New York City for the very first time or have you been living there for a while but still don’t know how to navigate the city’s subway system with ease? After all, the NYC subway is gargantuan and complex for those who don’t have much experience riding in it. But even daily commuters with years of experience traversing the NYC subway do require handy details on delays and timings to make their commute through the subway easier, faster, and safer.

For those who experience such problems, the free NYC transit app called the “The New York Subway App” is what’s recommended. The app is highly functional and it contains the official subway map issues by MTA NYC.

The app has multiple handy features that can allow you to make it your primary route planner and get you from and to any destination with a high amount of ease.

The app already has a massive user base with over seven million downloads accumulated till yet. This implies that those users who use the app find it increasingly helpful in navigating their way around the NYC subway system.

The NYC Subway app has some really impressive features making it the best app for NYC subway system. Each of these features has been designed to keep user ease in mind and ensure that the user has access to all kinds of vital information regarding the NYC subway system.

With the NYC Subway App, you will never get lost underground again.

Here are some of the app’s best features:

Just like most other apps, this NYC transit subway app is free to use but it also has some incredibly helpful in-app purchases that can help you buy tickets, get train times on first and last trains on any particular route, and remove in-app ads among others. 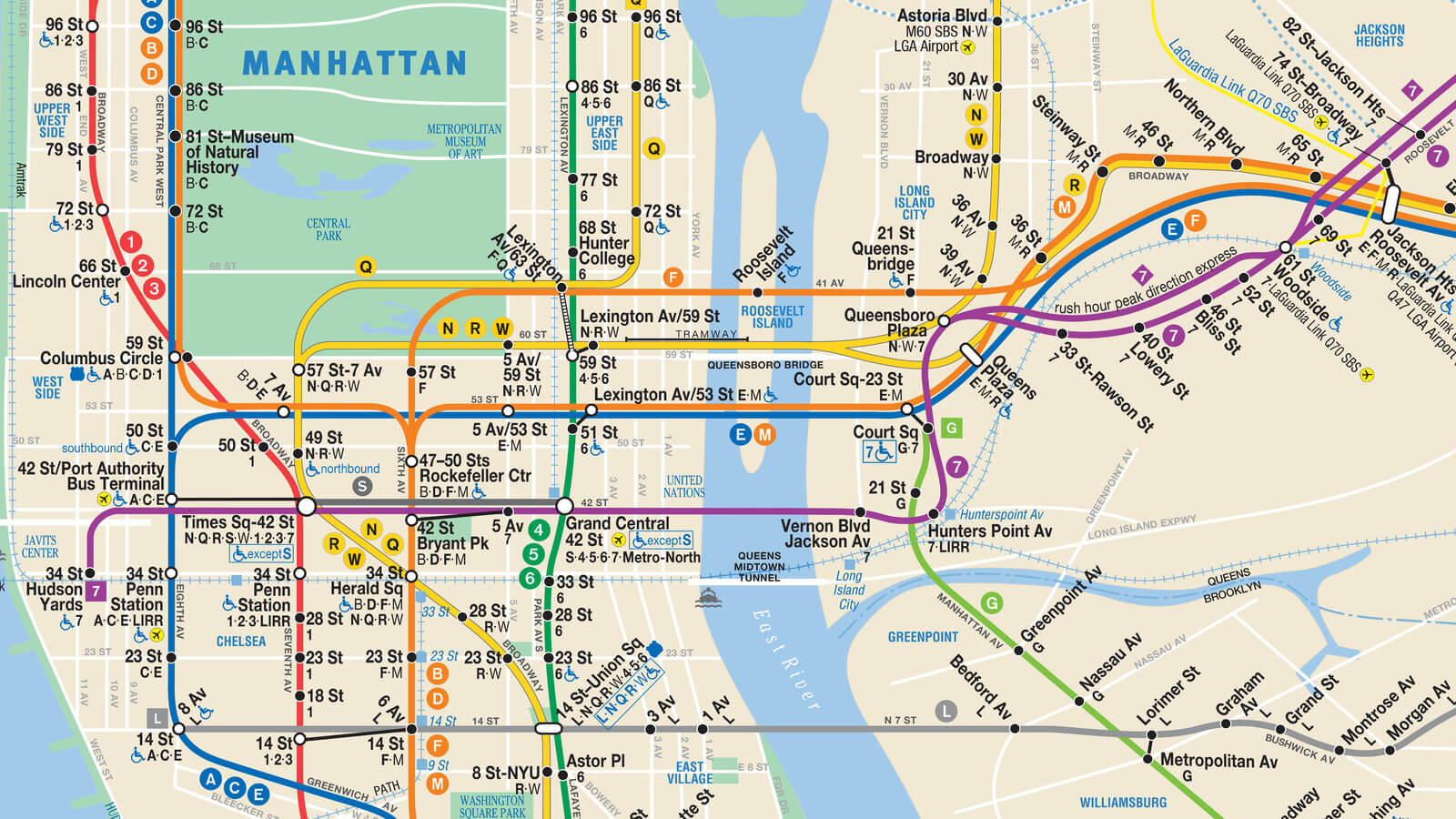 Here are the in-app purchases for the NYC Subway app.

New York Subway app is available to download both on iOS & Android.

While this app is of immense value to any subway rider in New York, it isn’t the only one there. There are loads of other apps that specifically deal with the NYC Subway system as well as many other important transportation and commute methods within NYC city. Some of them have really cool and highly advanced features that can be of immense utility to you if you plan to travel a lot in the city. App developers in NYC have done a pretty great job at coming up with these incredibly creative and utility-oriented subway apps.

Citymapper is a third party app but an increasingly comprehensive one to have if you really want top-quality information about not just the NYC subway and bus system but also for a whole lot of other transportation options in NYC like NYC ferry, Citi Bike, ride-hailing apps, etc.

The best thing about the app? The app “suggests” you the best ways to get from point A to B based on the place you want to travel to. The app will also provide you with estimated fare rates so you know exactly how much you can spend using a certain commute option.

The app also has other fantastic features like its “Rain Safe” mode which suggests the best ways to travel during rainy weather.

Transit app allows you to know which modes of transportation are the nearest to you at any given point in time, whether it’s a bus or a subway train.

However, what’s incredible about this app is it lets you know the estimated time of arrival of any bus or train or even other modes of transportation so you can easily plan your trip and save you from a high amount of hassle.

Do you have issues in standing in places on the subway systems where you don’t know exactly where the exit is? If yes, then you are not alone in this. A lot of people face this situation but thankfully, Exit Strategy is an app that’s dedicated to helping you find the perfect place to stand in a subway station that’s closest to the exit point.

Yossef Hazut is the founder and CEO of Parkers, a company that is poised to make its mark on the transportation industry through the mapping and modernization of parking. Parkers is just the latest of his endeavors. From running small businesses to consulting for large firms, Yossef Hazut has demonstrated his ability to leverage his business savvy skills at scale. His experience spans many fields, from investments in real estate and stock markets to art and advertising. His resourcefulness and instincts have positioned him as a collaborative leader in business around the world as well as in his beloved hometown of New York City.