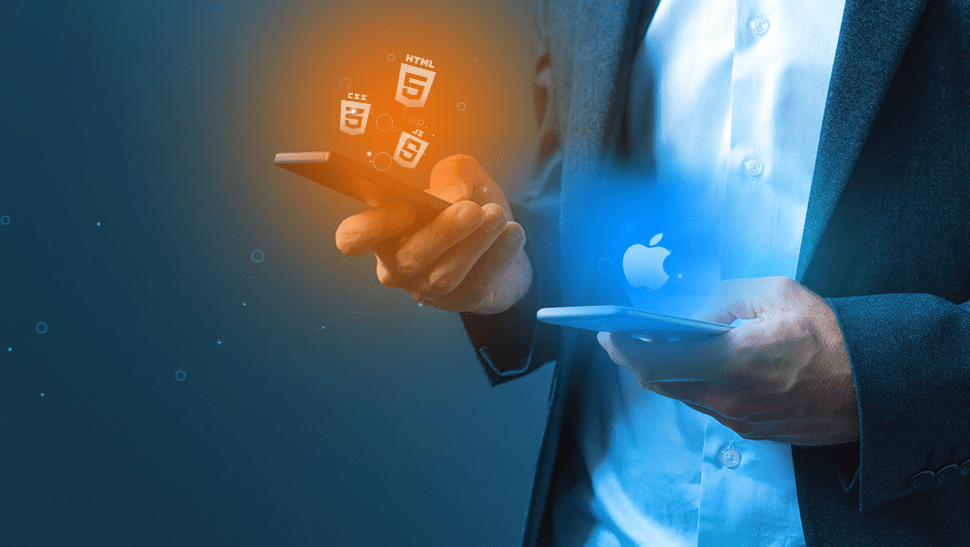 Android or iPhone, free or paid, in-house development or outsourced, ads or no ads – building your mobile app comes with a number of important choices that you must make.

An important one of those many choices that can bemuse most non-coders is whether to opt for a native or hybrid app.

If you find yourself overwhelmed at this point, or think you could use help in making the right selection for your app, you’re at the right place.

We’ve compiled key differences, common uses and facts to help you through your dilemma.

So what exactly is the difference between the two? That’s a little hard to tell, without going over technical details. In essence, you cannot tell apart a native app from a hybrid app by how they look or act; you can download and install both kinds in your mobile devices that can function equally well.

That said, native apps have been known for their fast speed, reliability, better user experience, and tend to offer more sophisticated and complex features.

But, when developed well, hybrid apps can look and perform just like a native app and some of the most popularly used mobile apps around the world today, are actually hybrid apps like Uber, Twitter, and Instagram.

Let’s look at the pros and cons of native and hybrid apps to help you make a well-informed decision.

Learn how you can create a successful app by innovating five basic stages of the development process.

Native apps offer hands-down better user experience; they are faster, more reliable, responsive, and intuitive for users to interact with, and they have a robust feature set.

Users can operate native apps offline; app content and images are stored in the device so it doesn’t need to be downloaded every time a user accesses the app.

Custom iPhone app development with native technology that provides fluid animation, smooth transitions, and fast graphics. This benefit may not matter for a regular app like banking but it makes a huge difference for gaming, video editing, and other apps, where fast results are important.

Native apps offer better security. This is because they give access to built-in security features like TouchID, and it’s easier to implement two-factor authentication on them.

With native apps, you get far more support documentation and online resources than hybrid apps.

Identifying and fixing an issue in a hybrid app takes longer to resolve and there are far better testing and debugging tools available for native technology.

Development and deployment of native apps cost more than hybrid apps, often because they require building multiple versions of your app for each operating system.

Building your native app can take a good 4 to 6 months or longer, depending on your desired app features and functions.

Find out why app maintenance is an important success factor.

A hybrid app is basically a website that’s wrapped in a native box when someone uses your app. It costs less to create a hybrid app than a native app. You could end up saving anywhere between $10,000 to $100,000 on building a hybrid app, depending on its scale and features.

Given that you’re not trying to include a lot of complex features, hybrid apps are usually faster to build and deploy. If you stick to the basics, your custom iPhone app development process would consist of translating your web code into iOS using a hybrid app framework.

Many popular hybrid app development platforms offer a list of plugins that enable users to access different features on the device, like camera and contacts. This helps you offer a better experience.

You need to make two completely separate native apps for each operating system, whereas a hybrid app, is just built once and released on both iOS and Android.

Generally, it is easier to maintain and update a hybrid app than a native app.

Hybrid apps don’t work in offline mode, because they are basically websites. Hybrid apps also tend to be slower because each element need to be downloaded, which is why hybrid apps should be simple.

As you are relying on someone else’s code, plugins may not be always available, reliable or up-to-date. Which means you may have to write your own code.

Even though the feature of developing one codebase for both operating systems is one of the major charms of building a hybrid app at times certain app designs or features are not supported on both platforms.

Just like everything else in the digital world, there are pros and cons to using either hybrid or native technology. At its most basic level, the choice to develop your mobile app as a native or hybrid app comes down to your budget constraints, the features you need in your app and the timeline that you have in mind.