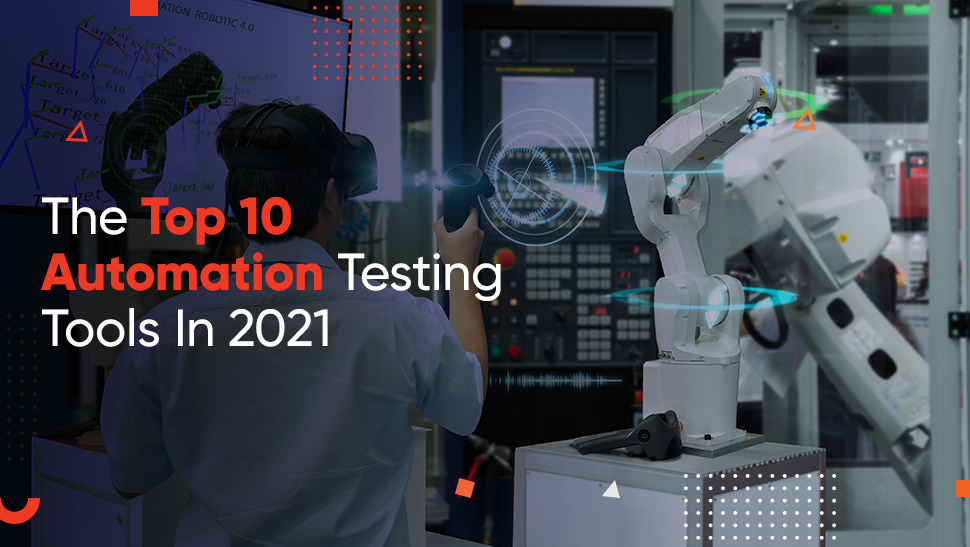 There is tough competition in the mobile app development world, and these tools automate the manual testing method.

You can also run the automation testing several times on the same application, which is also a good thing since it minimizes the risk of errors in the future.

In a nutshell, to ensure your project’s success, you need the best testing automation tools that perfectly match your requirements.

And since there are several testing tools out there, it may be overwhelming to learn about them, let alone selecting the best fit.

This is precisely why Tekrevol came up with an automation testing tools list to give you insights into the different tools available in the market.

This comprehensive list contains the best open-source and commercial automated testing tools, their specs and features, and pricing (if any).

What Is An Automation Testing Tool?

An automated testing tool is a set of tools and technology that are used to test software. These tools are capable of automatically identifying code changes and notifying the development team if they’re failing. Such features are integrated with every automation testing tool.

While working on a development project, you have to select the best automation tool out there with all the capabilities and specifications mentioned above. So, here’s an automation testing tool list for you to compare and select the best tool according to your requirements. 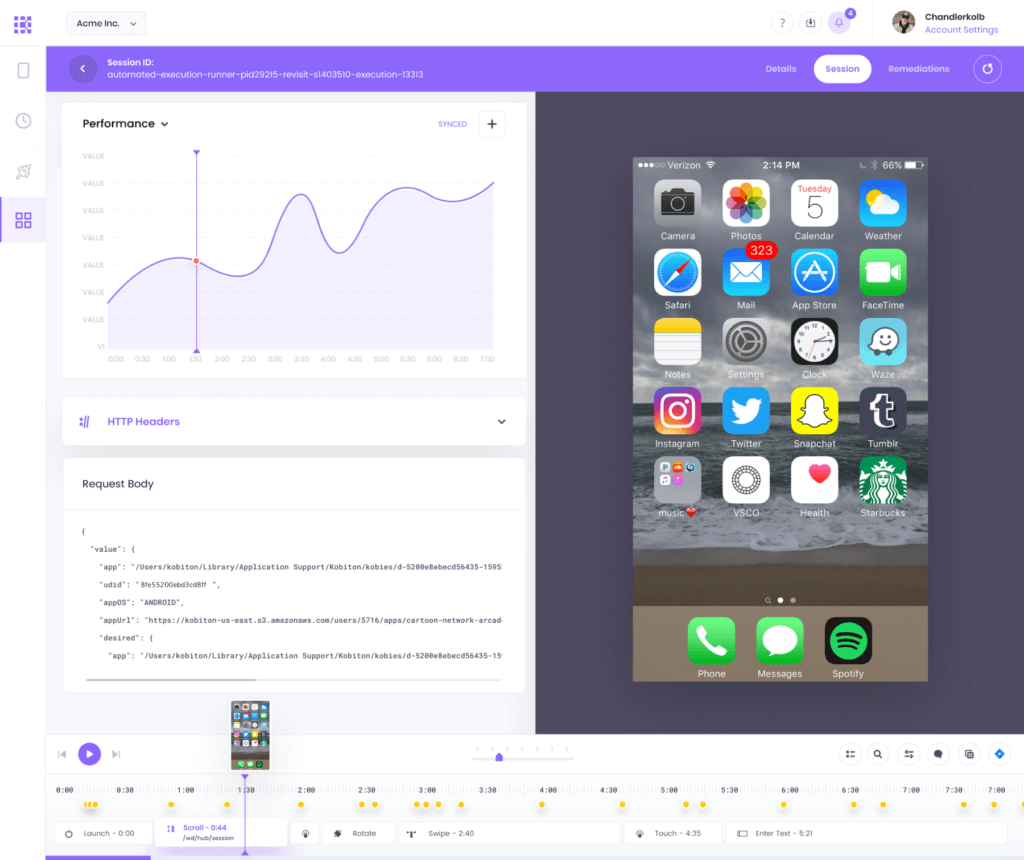 Kobiton makes test automation easy and convenient for developers. It enables continuous automated testing of mobile and IoT devices seamlessly and supports all kinds of automation. This automation test software is user-friendly and enables you to test your mobile applications or software for various purposes, i.e., compatibility, functionality, performance, and visuals.

Moreover, Kobiton is an open-source AI-driven scriptless automation testing software as well, and it gives your access to hundreds of real devices in their public cloud. This tool is the perfect choice for ensuring quality, speed of DevOps, and reliability in a nutshell. 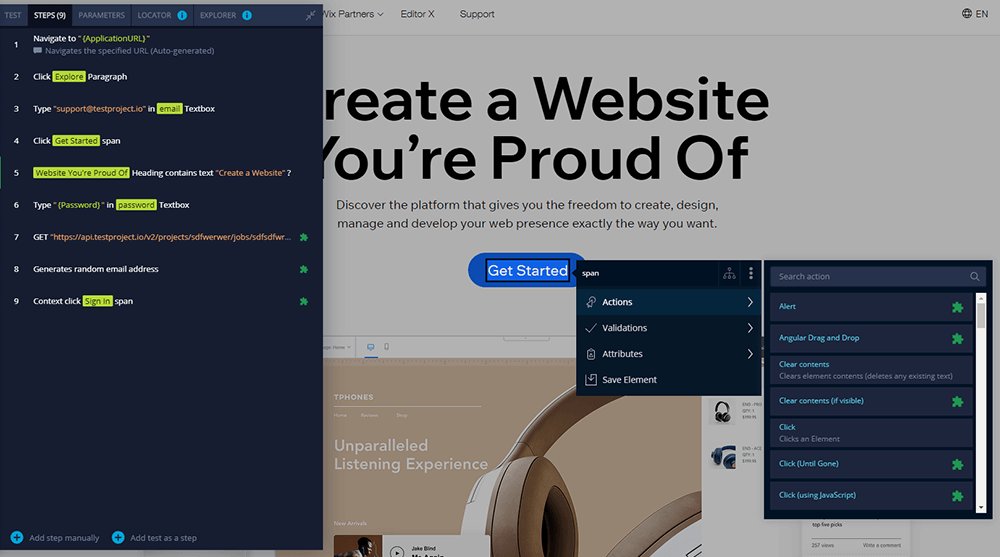 TestProject is an open-source automation testing tool designed to provide users with end-to-end automation for websites, mobile applications, and API testing. The best part about TestProject is that there’s a massive loyal community that supports TestProject. So, If you’re searching for a way to improve your app development process, this tool is the perfect choice for you. 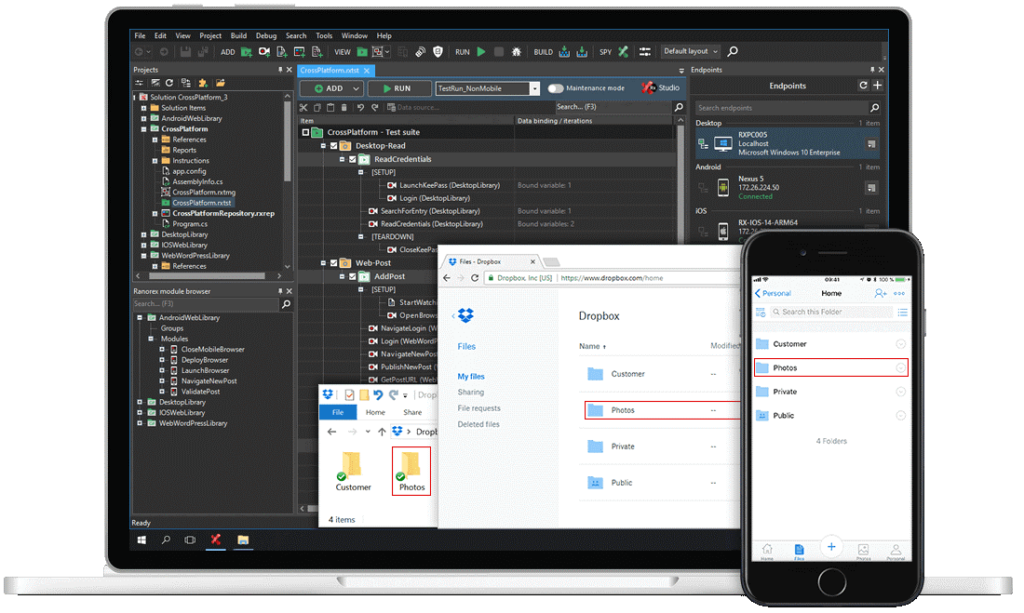 Ranorex is an efficient and robust automation testing tool with over 14,000 users globally. The end-to-end features and several testing functionalities make Ranorex an all in one testing tool for beginners. The user-friendly interface, ease of going codeless, and simplification for test automation are some of the advantages of Ranorex.

Moreover, although Ranorex is simple and easy to use, this doesn’t mean that the software is not powerful. Perhaps the most powerful feat of Ranorex is that it gives experts a fully integrated development environment for C#, VB.NET, and open APIs. 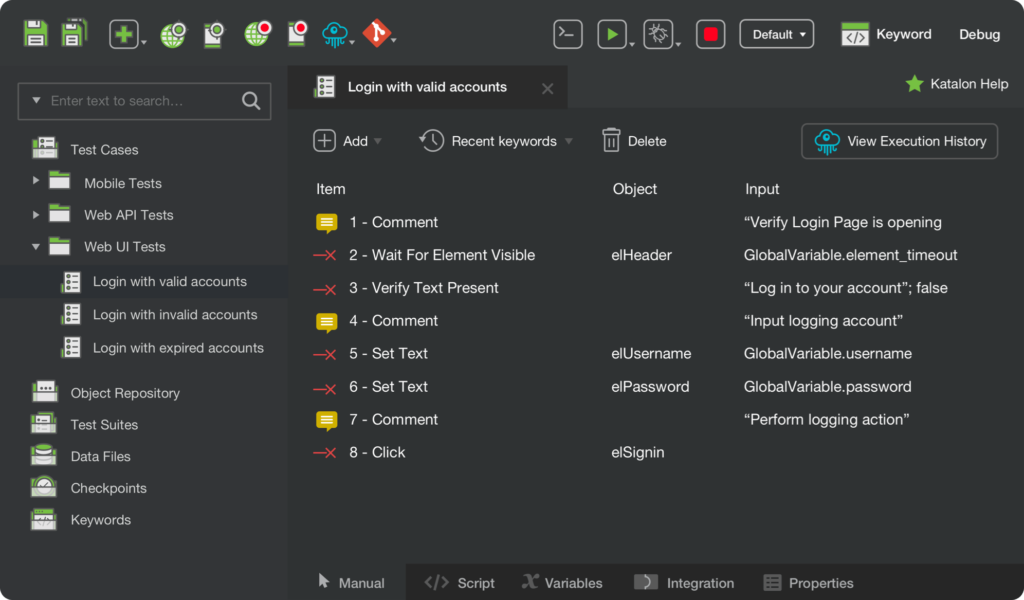 Moreover, Karen Studio runs on Windows, Linux, and Mac. Today, more than 65,000 companies are using Katalon Studio. You can integrate your Katalon Studio with tools such as Slack, JIRA, qTest, and more efficient task management. The price of Katalon Studio starts at $759. However, there’s also a free version available, which has some basic features such as API testing, Mobile testing, Desktop testing, and Web testing. 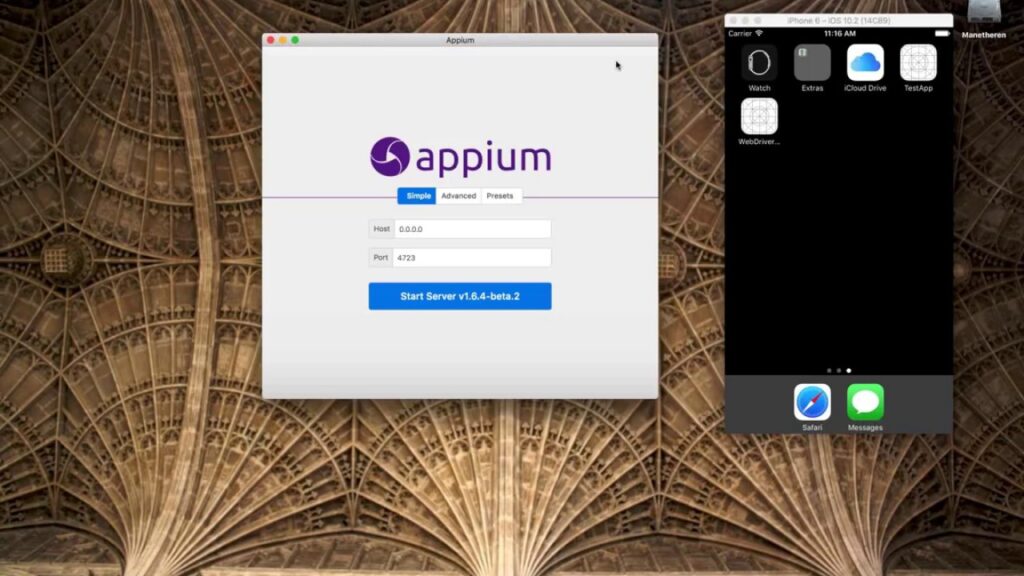 Moreover, the testing tool is easy to set up and use. From automating mobile apps of any language and test framework to providing full access to back-end APIs and D.B.s from test code – Appium aims to make the overall process of automated testing seamless and convenient.

You can also write tests with your preferred development tools choosing any programming language you want. Over the years, Appium has drastically improved and gained immense popularity. Today, it is considered one of the best automation testing tools out there. 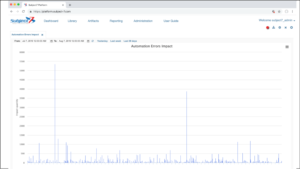 Subject7 is simple but packed with some of the most technically advanced features out there. It is indeed one of the best automation tools on this list. It is a cloud-based, no-coding platform that supports end-to-end automation testing. Subject7 lets your test automation for websites, applications, databases, load, and accessibility.

Moreover, the highly user-friendly interface enables non-technical folks to test even the most complex functionalities with the least automatization test software knowledge. 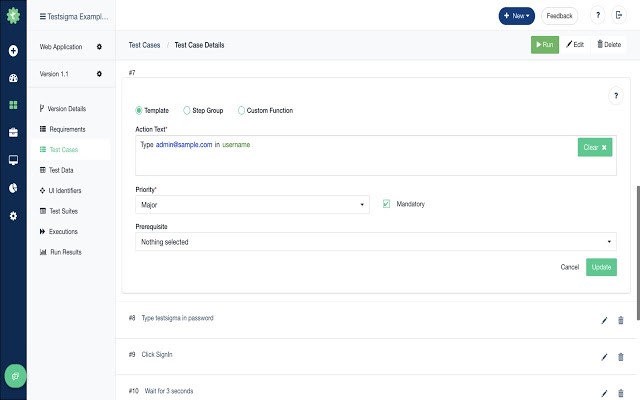 TestSigma is a cloud-based automation testing tool build for stable and reliable automation testing. This automation software testing tool enables continual testing in agile and DevOps, and it marks the beginning of new smart automation. The tool stands out in terms of usability and features and because it is A.I driven,  it speeds up the execution and maintenance of automated tests.

Moreover, TestSigma allows continual automation for devices. With all the features and specifications available, you can enable automation of software, application, web apps, and API services.

TestSigma also supports numerous devices, operating systems, and browsers, as well as local machines. This marvelous automation testing software pricing starts at $249/mo, while a free trial of the enterprise version is available for free for 30 days. 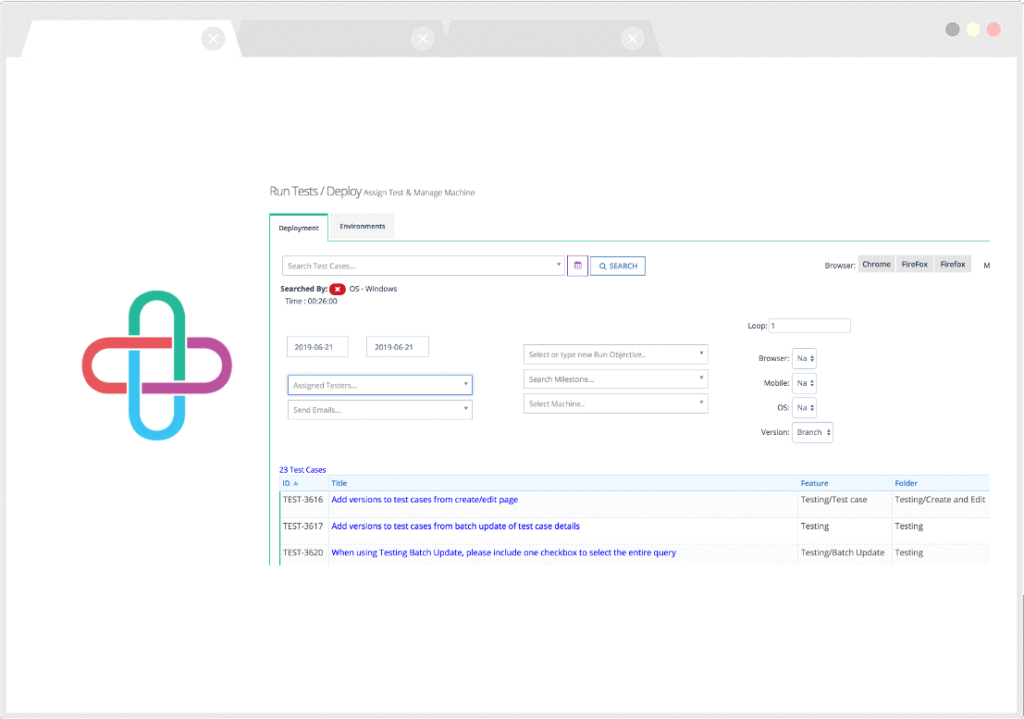 ZeuZ is a top-notch automation testing framework that enables testers to enjoy the testing process. This scriptless and simple automation tool is a treat for developers. With features such as CI/CD integration, debugging detailed reporting, and collaboration, it has become one of the best automation testing tools out there.

Moreover, the simple and powerful aspects of the tool allow speedy testing, which ensures quick deliverables. The end-to-end automation, cross-platform support for web, mobile applications, desktop, IoT, and much more promised by ZeuZ is remarkable. Also, the starting price of ZeuZ is $50. 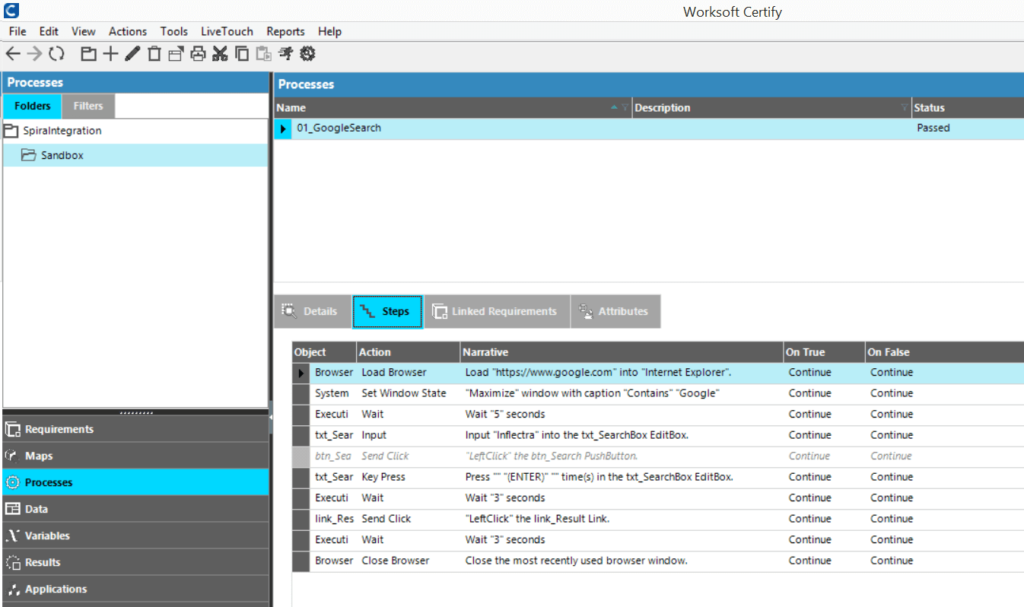 Worksoft is an actual leader in the automation testing tool real because of its amazing packages and features.

It is primarily a resilient testing tool for SAP. It is hardwired with the most innovative agile and DevOps continuous automation features capable of handling the most complex automation problems with ease.

According to WorkSoft, their automation testing tool can reduce the risk of technological errors by up to 90%.

Moreover, Worksoft offers a code-free experience while automation testing. The platform is designed to satisfy huge enterprises’ requirements that deal with critical business-class applications and systems. 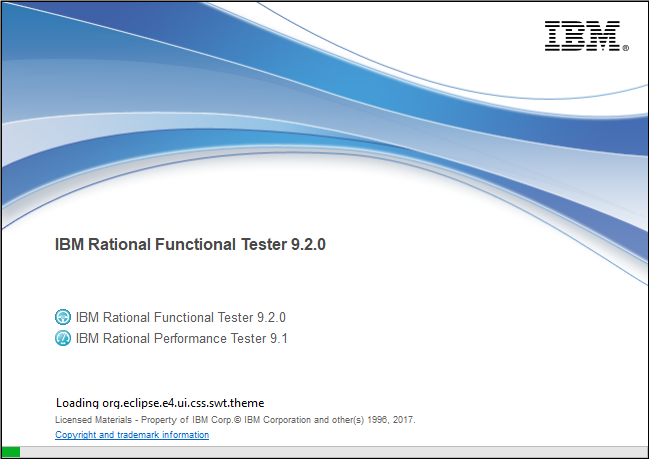 Generally meant to be a commercial automation testing tool, the RFT was designed to automate the testing processes while ensuring quality and efficiency. Moreover, within the tool, you can find support for several development environments, including Siebel, Net, SAP, Dojo, and several others.

Here is your complete list of mobile applications testing tools to website automation testing tools that you can leverage to ensure quality-oriented and flawless products by the end.

The automation testing tools mentioned in this article are not only innovative in terms of functionality and specification – they’re just amazing when it comes to ensuring a technologically advanced product by saving immense human efforts.

So, make sure you go through each tool in detail. There are links to the websites available here, so if you have selected your product, it’ll be easy for you to visit the site and get started with your automation testing tool. Moreover, we offer mobile app maintenance services just if you’re looking for maintenance for your website.