Startup Culture Is Declining – It might not be as bad you think.

Cofounder and CMO of TekRevol, Abeer Raza is an avid business strategist with a relentless passion for developing new skills, scaling businesses, and creating a meaningful impact in people’s lives through emerging technologies. He is best known for implementing a people-first approach in business, and his mad skills in chess, WarCraft and Sid Meier’s Civilization.

Startups and small businesses have been the bread and butter of the American economy, a strong backbone for American citizens to find stability in their financial conditions and positioning America as one of the leading innovators across almost every industry in the world. 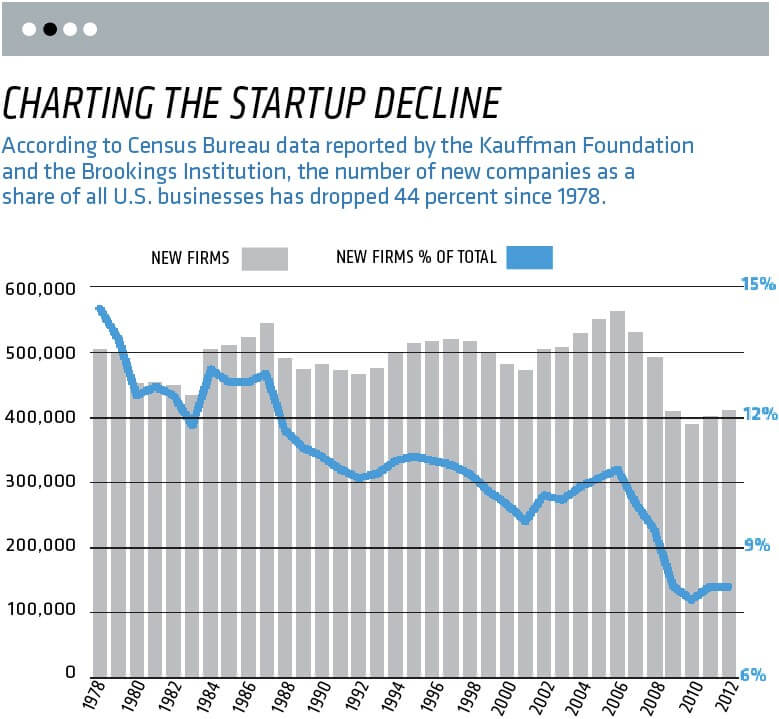 Though to simply blame monopolization and concentration of market share amongst leading companies is not just a reductive point of view, it is also blind to the changing conditions of the American economy and isn’t representative of a demographic analysis that gives a deeper insight into the falling rate at which newer startups are entering the market.

This year, the US unemployment rate dropped down to a 49-year low of 3.6%. As the economy grows and opportunities arise for Americans, there’s a lot more for citizens to lose now than there was two decades ago.

With job security better and a significant rise, in the living standards across the country, individuals have a lot to lose in terms of benefits, living standards, salaries, and their general lifestyle.

With more to lose, the willingness to risk things is automatically reduced. Establishing your own startup is excruciatingly difficult. Finding your niche, competing with existing market leaders in a monopolized world is hard but it always has been.

Market monopolization is not a new phenomenon and market share has always been absorbed by those at the top, yet startups still managed to find a place within the industry with companies like Stripe and Airbnb making it big within highly monopolized industries.

So what changed? I think within generation Z and young millennials, the willingness to take the risk, has declined. Concerned with sustaining a lifestyle, especially in a world where they can rely on a job means that people are more satisfied with their lives. This job security comes with a fear of failure that is ingrained within modern culture, where competition in the market is cultivated as a barrier rather than a challenge.

While startups have declined, the reasons behind it are not just negative. A better lifestyle and a stronger economy that can sustain more people in a way that they feel satisfied is a strong reason and it is hard to argue why that’s a bad thing.

On closer inspection of the median age of the total population, the general trend seems to be an increasing age.

Increasing the median age is not necessarily a bad thing for innovation but it does have an effect on the rate at which innovation is taking place. While in America, the older population seems to be more willing to take chances with startups. In 1996, young people launched 35 percent of startups. By 2014, it was 18 percent.

This problem isn’t just limited to the United States, Japan has shown similar problems with a graying population. As population growth reduces, it affects the supply side. In an economy, businesses and startups are born and they die and that’s how the cycle works but with a lower population growth record, the demand for more is also less powerful.

Though this is a problem for America, it seems to be a short-term problem. With the shift in power from boomers to millennials, one can expect the younger population to take initiative and invest in startups. This belief is predicated on one simple analytical understanding. A few decades ago, there was more room to be entrepreneurial with most industries lacking in efficiency and strong businesses.

In most industries, the gaps have already been filled by the older demographic who faced the brunt of these gaps in their early years. In essence, small businesses and their niches have become limited and highly technologized and to overcome that will take some time.

Dealing with immigration and creating a process for better handling the situation can be a great way to solve this aging problem for America, as well as a general move towards welfare can alleviate the fear of failure amongst the younger population.

Barrier to entry for a lot of young entrepreneurs. A common argument against technology being the reason for a reduction in the rise of startups is debunked by suggesting that technology and innovation have always been important and startups have found success regardless of the uphill battle against more technologically advanced industry leaders.

The reason why this perspective is myopic in my understanding is because it doesn’t take into consideration the extent to which technology has integrated itself within business processes in contrast to its integration a couple of decades ago.

That is to say, while technology in a vacuum isn’t the only barrier to entry, it is in-fact the extent to which it has become integrated within leading companies is the true reason for this barrier.

Investment in technology to optimize processes to compete with leading companies is a huge reason for why the number of new startups is declining. It has also become harder to find gaps in the market that companies could fill, as opposed to the market in the early 2000s. This is also because of the huge surge in new startups looking to fill those gaps in the 2000s.

Though this is seemingly an alarming situation, the current system seems to be self-correcting. Two industries that have shown incredible potential for newer startups are the green technology industry and the alternative to the meat industry. Here, technology has a long way to go to achieve sustainability and efficiency and there seems to be a growing focus in the younger generation to solve these problems.

Furthermore, this solves the problem of stagnation. While more established businesses are investing in technology when it comes to the space race and automobile, there are industries in the current US economy that is predominantly younger than others. This is a great sign that is symbolic of a shift in the focus of the new generation. The advent of climate change has given rise to a significant focus on achieving a greener world with a reduced carbon footprint.

This shift in focus has for the time being slowed down the sprouting yet there’s no reason to believe that this will be permanent. Much like the boom of technology and businesses during the industrial revolution, there was a stagnation in the time-period before it. Perhaps, this is just the silence that precedes a storm and cries of angst in the face of this trend, might just be too myopic a standpoint. Though, time will definitely decide the reality of the future. 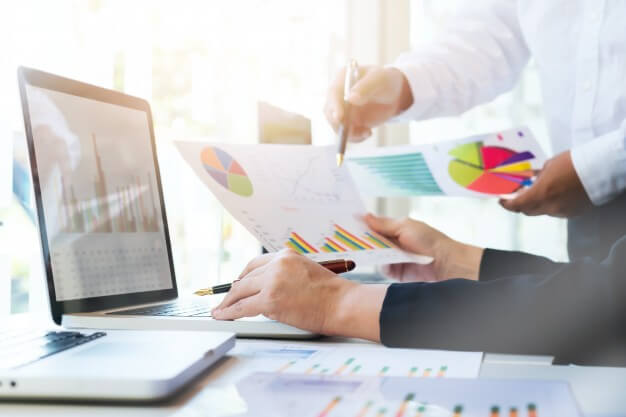 High Tech Startups And Their Trend

It shouldn’t be a surprise for a lot of people that global cities, especially in Asia have shown a greater increase in tech startups than those in the US. This isn’t because the rate at which high tech startups are springing is lower. This is simply true because the room for innovation in these countries is much more due to their under-development in the years that the US saw a huge rise in their VC-backed startup culture. 42% of businesses that failed in 2018 listed a lack of market need as a contributing factor. This is not the case with the rest of the world where a lack of solutions in the past means that the need for things that aren’t problems anymore in the US is still largely there.

This has led to a lot of people realizing that they don’t need to go to Silicon Valley to establish a startup. Now, they can do this at home in their own cities. This is something the US needs to do.

There’s a lot of room for High-Tech startups to succeed, with seed accelerators and pitch competitions such as TechCrunch’s Disrupt are great avenues to find that success. Yet, there’s a need to do a lot more to increase these opportunities to cities such as Atlanta and San Diego, to tackle the concentration of high-tech startups from urban centers and Silicon Valley.

These avenues are responsible for giving rise to some of the greatest innovations and companies across the industry spectrum and are great contributors to the VC-backed startups in the US, reducing the importance of large sums of money required for self-investment.

So, the problem isn’t just about a lack of initiative but also opportunities. Expanding this culture to other cities to push them on the top of the leaderboard for the cities most suitable for startups. Fixing that will create more opportunities and convince more of the younger population to be willing to take risks than they are right now. The problem in the US isn’t of a lack of innovation but rather a lack of willingness to risk lifestyle and stability and addressing this should be the economy’s goal.

The falling percentages in comparison to global cities aren’t unnatural. This was bound to happen with the world catching up in the technological race, which one could call a comparative late bloom.

Yet, there are fields in which discussions and preliminary innovation are already happening in the US that isn’t happening across the world. It will take time for it to reflect on charts as does with every shift in focal points of technological integration. The problem to solve is to encourage people to take the risk by providing security to their lifestyles, something that is very dear to the younger population.

With more to lose, the risk needs to promise a lot more than in previous years to push entrepreneurs to risk bigger. This shows the economic prowess that has created stability in people’s lives and the temporary declining rates are just a bi-product of this stability.

Based on this, one could expect another bloom in the US, in the next 5 years or so, in fields that the world in general isn’t operating in. It is time for the US economy to innovate the same way we did with the Health industry in the last decade.

Time will tell if such motivation can be cultivated to boost the economy further.