Most of us have witnessed the expansion of mobile apps beyond comprehension. The demand for better, faster and more innovative apps has been on the rise.

However, it is hard to meet all these requirements when high performing apps (usually native apps) take so much longer to develop. On the other hand, faster deployment processes, associated with hybrid apps have to compromise on performance, to a certain extent.

Therefore, you will always see programmers longing for better languages and development tools that support high-quality hybrid apps development and frameworks. One of such languages that have rapidly revolutionized the world of mobile app development is Facebook and Instagram’s React Native.

It is a JavaScript library that you use to build the user interface and develop mobile apps that work as smoothly as native apps. You are not required to develop separately for Android and IOS, as you can use the same code for both platforms while saving time and money. It even allows you to reuse the code throughout the web and mobile platforms.

Let’s look at six reasons why React Native can be the future of mobile app development. 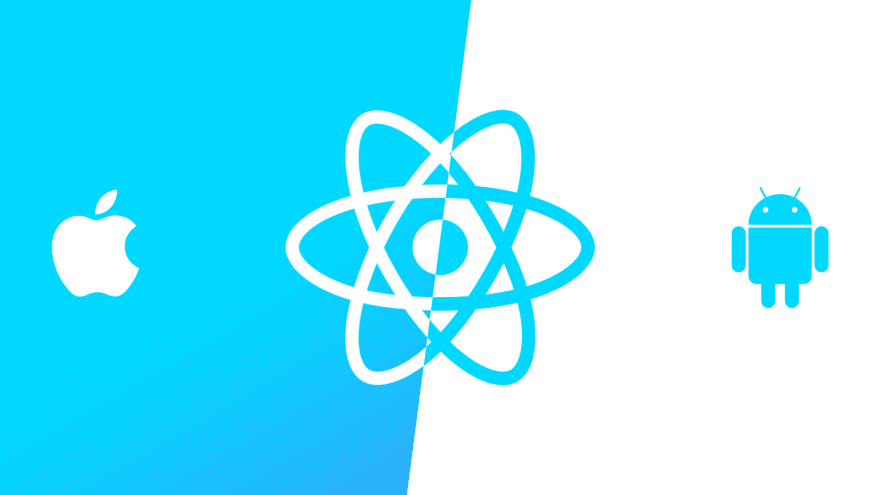 Get native performance at hybrid’s speed

React Native uses cross-platform development concept and code-reuse functionality that allows you to come up with a standard code that works on both the iOS app development and Android app development.

React Native doesn’t make your app lack in performance where native code is required. It provides you both, the Native performance with faster deployment cycles.

Most of the hybrid apps, when built using JavaScript, allows you to use native APIs, instead of the more frequent use of JavaScript and HTML inside a WebView. Although, while using React Native, the JavaScript elements perform as native platform widgets, which makes your app function just like a native app without WebView.

Hence, if you want to add the Google Maps component into your app, you should use a native module as a plugin.

React Native mobile app development is based on language fundamentals, which makes it highly readable and easy to learn. However, if you only have started working with JavaScript then React Native is the right place to start. It has the potential to be a great learning tool to master various range of components, such as filters and maps.

Whereas, if you are an experienced developer who has been in the market for a while and build up expertise in standard features, then React Native may not give you space to reinvent the wheel. However, this allows you to save time and money on the development process.

Learn once and write everywhere

Hybrid app development allows you to write your code once and use it again wherever you like. But this has more negative connotations attached to it than positive, as it results in subpar performance on both Android and IOS. That said, while using React Native, you see the language acknowledging the difference between the two operating systems. It allows you to do things differently and efficiently.

A React Native app developer works by using JavaScript files in the app and implementing them locally. By using the famous library of React, mobile app developers can integrate new features as a plugin, without having to manipulate the complete code.

React Native developers often have an overall dynamic and positive experience, with a great development environment. They can also make and apply modifications in the app while it is live and running, eliminating the need to restart.

With React Native the developers can use flexbox to generate app layouts, which allows them to use a similar layout for IOS, Android and the web. Additionally, developers can even embed Chrome developer tools with their React native using a desktop chrome browser, which gives them easy access to its debugger and profiling tools.

While working on an existing app, you can even incorporate React Native components, regardless of the current code.

As we know, React Native uses JavaScript, and it enables the developers to directly release the updates. You don’t need to go through the app store. Developers can even find some handy tools that help them launch the updates instantly. React Native makes the process simpler and more streamlined.

With React Native, the user interface is deployed using CSS-like stylesheets. It becomes effortless to mark the components margins, boarders, height, and weight, as well as the fonts and colors, using these sheets.

Where most JavaScript frameworks, like Angular JS and MeteorJS, provide hybrid app development, the main focus of React Native is on the UI for mobile devices. It works more as a JavaScript library than a framework.

To make a more informed decision about your next mobile app development project, click here to find out more about – React Native vs. Xamarin vs. Flutter.

What is React Native?

React Native is an open-source mobile application framework, created by Facebook. Developers across the world use React Native to develop apps for IOS, Android, Web, and UWP by using the native platform capabilities of React Native. It combines the best parts of native development and uses the JavaScript library for building user interfaces

How does React Native works?

React Native works by using the JavaScript code to deliver the native experience. It manages to offer the UI views in IOS and a native view in Android in the runtime.

Which is better to develop a hybrid application for my startup - Ionic or React Native?

Ionic app development offers the complete SDK to develop hybrid apps, whereas the goal with React Native app development is to follow the ‘learn once and write anywhere’ theory. React Native gives you a seamless native experience, as it adopts the native behavior and other standards of the platform. However, when it comes to choosing between Ionic and React Native for your app development project, it comes down to your specific requirements to make the best decision.

Swift is a general-purpose, multi-paradigm, compiled programming language developed by Apple Inc. Swift works with Apple’s Cocoa and Cocoa Touch frameworks and the vast body of existing Objective-C code written for Apple products. Whereas React Native, unlike Swift code, doesn’t compile your app, you reload it like you would when working on a website in a web browser. Moreover, being a cross-platform tool, React Native apps function on IOS and Android devices. However, the development world is shifting towards hybrid development, and cross-platform app development may replace native in the future.

The developing world is swiftly switching to cross-platform apps, and they are going to become one of the most used technologies in the coming time. React Native will inevitably lead the way in the future of mobile app development, with several benefits like shorter development process, native performance, and more. Furthermore, while React Native help build apps with very high quality, it also makes designing apps a breeze. That said and looking at all the points we talked about above, you can be sure to see React Native in the future of mobile app development and make sure to consider it for your next app development project.