Animations For Mobile Apps – How To Use Them

When it comes to enhancing the end-user experience, animations play an essential role in any digital product like websites and applications. The reason is quite simple; animations have the potential to communicate ideas and emotions in an easy-to-perceive and engaging manner. If used with proper creativity, animations could be the most powerful tool one can leverage to build an epic interface for their app.

Doing this would significantly improve the UX as well as make the app look livelier. Nowadays, most agencies who offer Android and iOS app development services have started including animations in their final app UX to spruce up the overall look of the app, and its high time that you understand why this needs to be done.

Here in this article, we will discuss how animations are used in mobile apps and what are the things that you need to consider when developing them.

How Are Animations Used In Apps?

As mentioned above, out of all the animations’ goals, the biggest one is to enhance user experience because it help users determine the connections between different elements. Therefore, these animations should have a more functional role to play in the scheme of things rather than just being there as decors. These functions may include enhancing the app’s responsiveness, adding hovering effects, processing bars, attracting attention towards essential features, and much more.

App animations should be taken into account from the very beginning stages of the user journey planning mainly because these animations can make the interface predictable for the users. On the other hand, your app’s experience will be delightful for the user because of easy navigations and controls. If you have a well-functioning app, then animations to support the interface are no less than the icing to the cake.

What Are The Most Common Types Of Animations

Judging from its name, you can quickly tell that these are the kind of animations that respond to the users’ actions. These animations imitate the interaction with objects in the real world to keep the app and users’ communication lines opne for basic functions and operations. The only difference here is that unlike the real world, where you can feel the strength you put into an action physically, the apps respond with visual signs through animations.

In simpler words, the feedback animations’ job is to ensure to users that a response has been given on their action.

The job of positive user experience is to gain the audience’s confidence about the procedure, and this is precisely what progress animations are for. Simple apps do not need much time to load, but apps with complex elements and functionalities need some time to load up. This is where the progress animations come in handy. These animations include loading bars, timelines, etc. to let the users know that the process is going on as well as signifying the level of progress. On the other hand, they eradicate possible chances of bad waiting experience by adding entertainment elements. Animations of progress are a fantastic approach towards retaining a significant number of users.

By its name, you can quickly tell that the purpose of this type of animations is to draw a user’s attention towards different or essential elements in an app. Attention drawing animations also improve the overall visual hierarchy of an app, making the elements of an app quite pleasant to look at. Adding to that, these animations can also act as the UX affordance for your app by providing hints about how users can interact with different app elements.

For example, a restaurant app can use attention-drawing animations to feature discounts on a specific cuisine. The animation of changing the actual price into a discounted price can quickly grab a user’s attention, giving him a prompt of what to look at.

These animations usually come in handy when a user interacts or switches from one screen to another in an app. Even though it might sound a bit odd, but transition animations are more than just decors. They shift screens in a way that the layout looks lighter and airy, making the process feel somewhat satisfying and pleasant. They work to create an illusion of more space between the different elements.

Branding in apps is necessary to create awareness, but it shouldn’t be bland or “in your face,” or it will turn off the user. To counter this issue, you can use marketing animations, which serve as the perfect combination of your UI and brand without making the interface appear too gaudy or cluttered.

From logos to mascots, marketing animations can target any brand asset and make things more fun. Some brands often get confused over what kind of animation they should use here. 2D and 3D animation both work well, and it entirely depends on the type of brand tone you want to set here.

Notifications are typically small pieces of important news or warnings that pop up on the screen to notify the users about specific updates related to the app. When you add motion effects and more colors to these notifications through animation, they do their job even more effectively. They leave minimal chances for the users to miss out on important updates.

Whether it is an application or a website page, scrolling is a typical interaction we have in the mobile interface. Scrolling could be done both vertically and horizontally based upon the size of the screen. Adding animations to scrolling will add style and elegance to it. Here, 2D animation will do the magic. 2D animations would make the motion look much smoother and natural, making the navigation experience more pleasant.

Animations in mobile apps could be used to make it a part of games or storytelling. Let’s take anonymous chat apps for an example. In these apps, the animated stickers and custom emojis could add emotional appeal to the user experience. Most people who make communication apps hire a 2D animation Company to create custom emojis and stickers for their application. These animated stickers are vital for their apps as they reflect one’s mood and feelings towards the other person.

Tips To Consider When Making Animations

Before you import the content to the prototyping tool, it is recommended to make an organized layout. This is an important approach if you create animations for a UI that has lots of details and elements because not doing so can make your work feel too much clutter. To structure the components in your layout effectively, you should name each layer, delete the unnecessary ones, and combine the useful layers into different groups.

Being consistent with your brand identity is crucial. Let’s say that your company deals in used cars and bikes, and your app’s loading screen features a cute rabbit eating a carrot; would anybody like it? Not really. Technically you’re driving away your audience from the app before they even have a look at it, let alone purchasing cars. Therefore you should have your brand identity in mind before you make animations for your app.

The Duration Of Your Animations Is Crucial

Keep in mind that you’re building an interface, not a cartoon. Even though animations with bounce effects and splashes are quite engaging and fun to watch, if you don’t consider their duration, you’re more likely to clutter your app’s overall user experience.

On the other hand, animations are used to make the waiting process feel shorter than it is. If your animations’ duration is longer, they will annoy the users rather than engage with them.

Use Animations To Draw Attention Towards Important Elements

It is always good to implement the right positions and colors to draw users’ attention towards important elements in your apps. As mentioned above, animations can enhance this function, leaving minimal chances for users to miss important updates. However, abusing the animations can do the opposite; they can annoy the users and draw their attention away from essential elements. Therefore, it is recommended not to go overboard with animations.

It is always a great idea to use animations that can alter their intensity in terms of size and speed, depending upon the specific element’s importance.

People enjoy animations that are implemented with real-world physics. Let’s take transition animations as an example. The transition effect where the speed of animation changes will be accepted better by the users than the one with linear motion. This is because the objects in real life will slow down before they stop entirely.

Add Context To The Menus

Accidental touches are a common problem that we all face when using smartphones. Your menu should expand right from the point where the users tap their fingers on. If a user clicks on the tab on the right side of the screen, then the menu should also start expanding from the right side before taking over the screen. This will help your users identify if they have interacted with the right element on your app.

The content elements should know their surroundings. For example, a transition in a music player app should work so that when you swipe the screen right to change the song, it should be aware of the song that is going to come next.

The State Of Buttons Should Change

Now, this a clear example of feedback animations where they respond to the user’s actions through visual signs. You can use button containers to animate buttons that change their state. For example, a button can change its form from CTA to a loading bar to show that the user and app’s interaction was successful.

Pros And Cons Of UI Animations

Even Though implementing animations to improve the UX of mobile apps is a great approach, but alongside its positive impacts, there are negative ones too. Here is a list down of some pros and cons of using animations in mobile apps.

Apps have become an essential element for all brands and businesses equally. This is supported by the fact that the total number of mobile apps has reached nearly 8.93 million. However, not all of these apps are successful. To become successful in this competitive market, an app has to offer a lot more than just basic level features.

Even though this might sound inconsequential, but an app that offers world-class features is a failure unless it provides a great UX. The better UX your app offers, the more chances of success for you; it is that simple. Therefore improving the UX of your app is a must, and animations will only help you achieve that.

Writing in Days, watching Barca play at nights. Made out of Sarcasm, Vine, and Everything Nice. A Content and Inbound Marketing Specialist, currently working for Tekrevol. He specializes in search engine marketing and online reputation management, having managed online marketing campaigns for clients from large enterprises to small businesses. 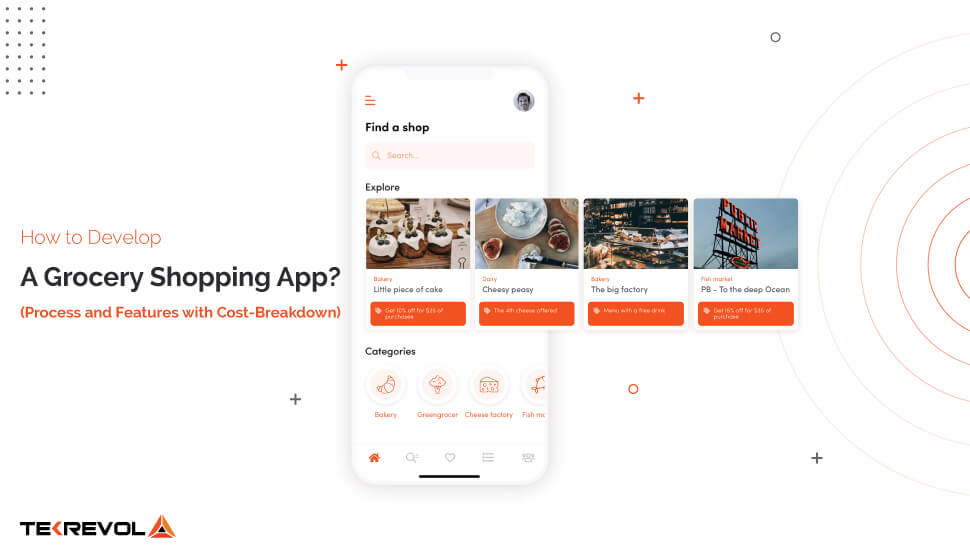 How to Develop a Grocery Shopping App? (Process and Features with Cost-Breakdown) August 2, 2021 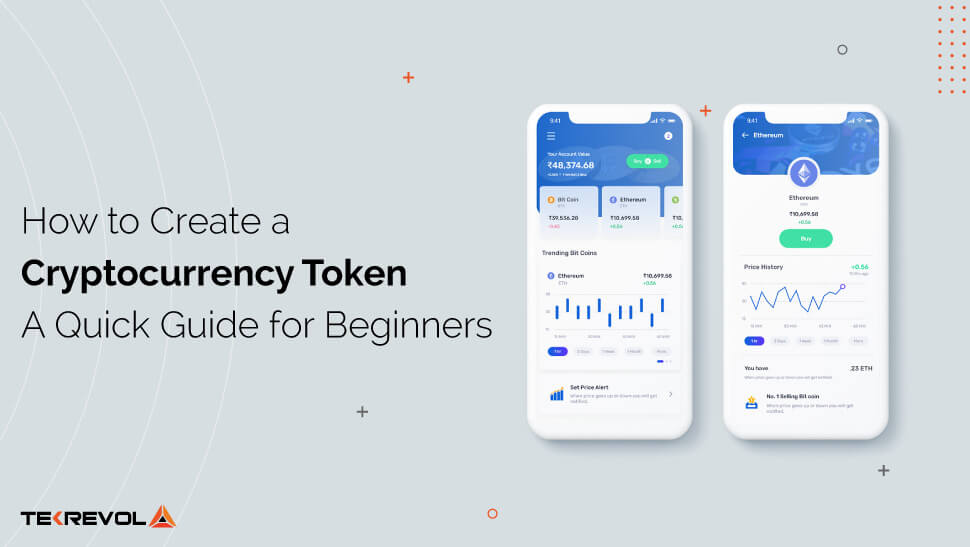 How to Create a Cryptocurrency Token: A Quick Guide for Beginners July 20, 2021 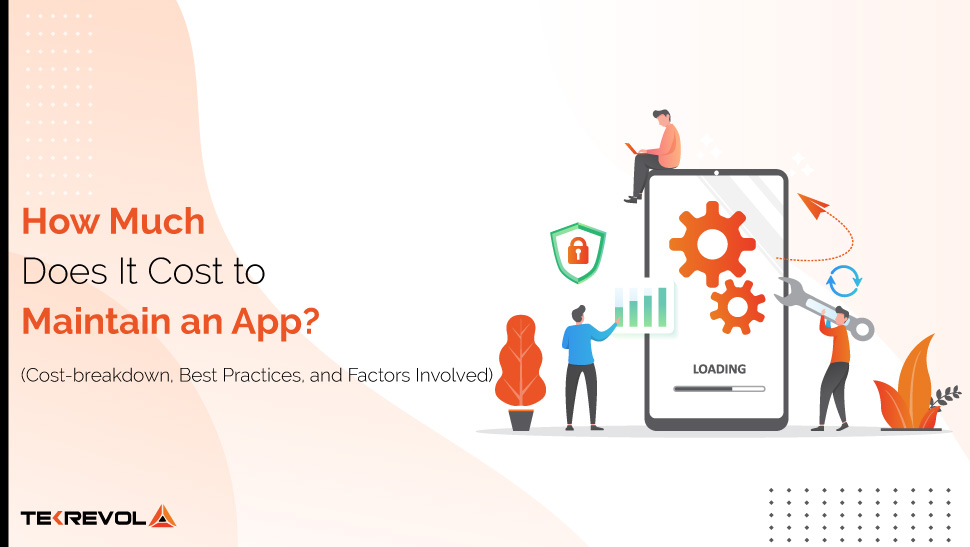 How Much Does It Cost to Maintain an App? (Cost-breakdown, Best Practices, and Factors Involved) July 12, 2021
Tekrevol's Global Presence
Now expanding to multiple cities across USA, MENA region, Europe & Asia